Chicago Heat and Other Stories 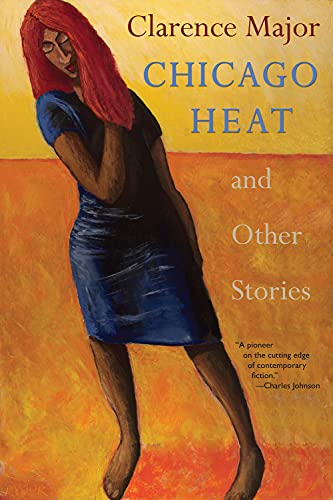 One could compare the artistic career of Clarence Major to that of musical genius Miles Davis. Major has always been miles ahead of other African American writers. At times his work was simply innovative and experimental like his novel Reflex and Bone Structure. In this latest collection of short stories we find Major examining what he does best, and that is investigating the complexity of human relations and that strange thing call love.

Chicago Heat and Other Stories consists of stories told from various perspectives: male, female, black, white. Gay relationships are explored with sensitivity and compassion, as well as those that highlight aging.

In many of Major’s stories one will find an emotional disturbance that is responsible for tension within a relationship. There is silence and space between many of the characters. Everything takes place against a changing geographical landscape. The stories take place in several American cities and two in Europe.

In “Driving East” Megan discovers a phone number belonging to another woman in Elliott’s (her partner’s) pocket and trust closes the door. Megan’s leaving results in her traveling from the West Coast to Canada and finally to Colorado. The symbolism of the drive creates a cleansing and a discovery of a new life.

A number of stories are seduced by an inevitable sadness. “Mother and Mitch” is one in which race relations between a black woman and white man revolves around phone conversations. Major tells the story from observations made by the woman’s (Jayne Anderson’s) son. There is tenderness to be found and then loss. One suspects the issue of race is responsible for letting the air out of a love balloon.

What makes Chicago Heat and Other Stories a fine collection are the sentences that are well crafted. This is something Major is known for in his novels as well as poetry.

Major knows how to undress words and release their sensuality. In “A Story of Venice” the longest contribution to the book, one finds Professor Foster looking at his lover Maria:

“Then we sat on her bed and I gazed out the window at the top of buildings across the canal while she talked. She told me she lived here on a ruined altar. I didn’t allow my gaze to linger long on her bare small breasts. I quickly got drunk on her smell: it was thunder in a wet tree stump. I tried not to look farther down her stomach – although I had already penetrated her as deeply as I ever would.”

In the title story “Chicago Heat” fiction imitates life as Major steps into the mud found in the criminal justice system. The story is written “the Chicago way,” and the crime and death make no sense. Here the relationship Major writes about is the kind we continue to find in the real world. “Chicago Heat” makes one sweat, a reminder of how hot the violence is in today’s world.

With this latest book Clarence Major secures his position as a major voice in American literature. He is an elder who reminds us to never give up on love.