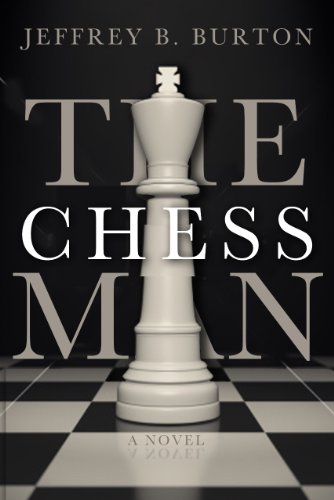 “The Chessman succeeds in drawing in the reader with action and drama, wearing us down with mystery and suspense, and finally rewarding us for our tenacity by giving us a well-deserved, satisfying ending. . . . Well done; well written.”

The Chessman is not unlike the game of chess itself: It’s all about strategy and out thinking your opponent. Jeffrey Burton has succeeded in creating a visual of this fact, allowing the reader to strategize and attempt to think one or two moves ahead as they delve further into this exciting novel.

But while the story is about a mysterious copycat serial killer that confounds the authorities, it’s also about several hardcore bad guys who take delight in torture and murder. That said, The Chessman is not for the faint of heart: Rapes, drownings, beatings, and other miscellaneous inhumane acts are an integral part of the story. The mayhem is perpetrated by characters author Burton created, yet whom I imagine, aren’t entirely fictional.

The story’s protagonist, ex-FBI Special Agent Drew Cady, is reluctantly brought back into the Bureau to help find the copycat killer because of his knowledge about the original killer. And while Cady was able to solve that case, he was maimed and almost killed in the process. The ordeal of that investigation sullied his reputation and cost him his marriage. Now that a murderer of the same ilk as the chessman has surfaced, Cady has a shot at rebuilding his self-esteem as well as his standing among his peers.

The Chessman is a journey with peaks and valleys that are sure to challenge readers. The author plants clues along the way, some of which will aid the reader in determining who wears the white hats, while others are meant to detour readers away from the truth. Regardless, it all adds up to one heckuva good story. And while there may be perhaps a few too many characters, Mr. Burton does a fine job in developing the ones who carry the story.

Equally enjoyable is the fact that there is a puzzling financial component involved—one that makes Bernie Madoff’s scheme look childish in comparison. That element adds contemporary realism and forces the reader to try to analyze the mechanics of the fraud. The two dynamics—murders and Ponzi schemes—make The Chessman a timely and compelling mystery.

The Chessman succeeds in drawing in the reader with action and drama, wearing us down with mystery and suspense, and finally rewarding us for our tenacity by giving us a well-deserved, satisfying ending.

Mr. Burton also does an excellent job in describing the gritty action scenes, creating an element of suspense and horror that may cause some readers to flinch. Other parts of the story have some pretty incredible action that makes this novel a thriller as well. Easy to picture this story up on the big screen.