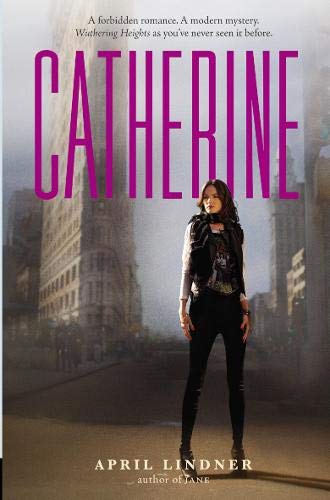 Chelsea Price grew up believing her mother died from a sudden illness. But after a long boring day at home leading to snooping in her father’s closet, Chelsea finds a letter written to her by her mother, Catherine, 14 years before and realizes that not only is her mother not dead, but she might be in New York City at this very moment.

Angry with her father for hiding her mother’s letter all these years, Chelsea neglects to tell him of her plans—to find her. Taking a bus from Massachusetts to Manhattan, she arrives at the address noted on the letter, finding herself at a nightclub called The Underground.

With time to kill before the club opens, Chelsea consults the Internet and learns that The Underground was founded by her grandfather, becoming a world-famous venue that launched many a rock star in its heyday.

Returning to the club, Chelsea’s insistent knocking is finally rewarded when a guy not much older than she opens the door. After introductions, Cooper, an up-and-coming musician/club boy-Friday, leads Chelsea into the inner sanctum where she meets the club’s owner, Hence, a former rock star—and Catherine’s one true love.

Though the now surly and bitter Hence is convinced that Catherine rests firmly in the afterlife, he allows Chelsea to stay in her mother’s old apartment. When Chelsea finds her mother’s diary, she becomes even more determined to find her mother—or at least learn the truth of what happened.

Meant as a reimagining of Wuthering Heights, Catherine by April Lidner takes on the monumental task of contemporizing a tragic, gothic romance of love and revenge. Though she does a commendable job, much of the story, as well as the characters, are just a bit too shallow to really allow for the intensity to build and the story to properly develop.

Further, the story required an extensive amount of suspended disbelief. From Chelsea’s father’s actions—or rather, inaction—regarding his missing 17-year-old daughter, to Chelsea’s callousness—disappearing with no regard for his feelings, as well as the compliance of various adults who willingly harbor a minor so she can solve the 14-year-old mystery of the disappearance of the mother she never met.

In regards to the characters, Hence’s tyrannical attitude and actions do nothing but delay Chelsea’s progress and, given his stalker-like attachment to Catherine as well as his financial means, it’s hard to accept that he already wouldn’t have exhausted every possibility the minute she went missing. Cooper, also quite unhelpful, feels like a synthetic stand-in for the symbolism that history would somehow repeat itself—especially given that Chelsea is the spitting image of her mother.

It’s understood that certain occurrences are required to progress the plot to its ultimate intended conclusion, but so much of the plot felt forced and unnatural.

All in all, Ms. Lidner succeeds in writing a contemporary, relatable, star-crossed love story. While there’s no doubt many readers will find Catherine and Chelsea’s story interesting and engaging—even determined to see how it ends—Ms. Lindner’s novel is best left to stand on its own. As a separate and unrelated novel, Catherine stands on much steadier ground, despite its slightly awkward execution.

That this classic reimaging cannot carry the weight of comparison to Wuthering Heights is not April Lindner’s fault. The fact is there simply aren’t many books that can.