Calling Me Home: A Novel 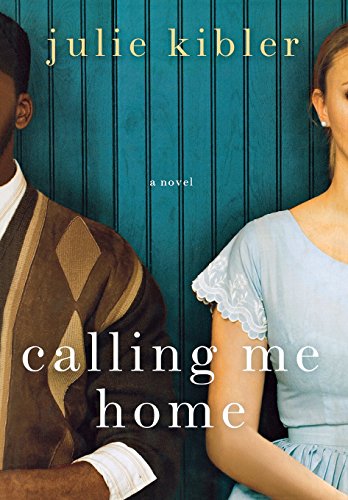 For an avid reader, little can match the thrill of a character pulling you into her world the second she arrives on the page as Isabelle does in the opening page of Calling Me Home.

“I acted hateful to Dorrie the first time we met, a decade or so ago. A person gets up in years and she forgets to use her filters. Or she’s beyond caring.”

Isabelle may see herself as beyond caring, but all she has deeply cared about and carried through the years form the core of this poignant story.

On the surface, 89-year-old white Isabelle and thirty-something Dorrie, her single parent, African American hairdresser, seem to have little in common. But over the years, their relationship has grown as each Monday, Dorrie comes to Isabelle’s house to style her hair and help her with little chores—much like a daughter might.

Their bond deepens when Isabelle unexpectedly asks Dorrie to drive her from Texas to Cincinnati to attend a funeral. She doesn’t say who has died, and out of respect Dorrie doesn’t ask.

As the two women drive cross country, the narrative unfolds in their alternating voices. Isabelle recounts the story of her teenage years and her first and only true love.

Dorrie’s voice is always present day, reacting to Isabelle’s tale or dealing by cell phone with the antics of her teenage son and a budding romance with a man she is trying to trust all the while wondering if he is really as good a man as he seems.

While there are only two narrators, at times Calling Me Home reads as if there are three distinct voices—because Isabelle’s younger voice recounting her forbidden love with a black man in the racially tense 1940s, is often measured, lacking the present day cantankerous verve promised in her self-introduction.

Isabelle is only 17 when she falls in love with Robert, the son of her affluent family’s “colored” housekeeper. Isabelle’s father, a kind doctor, tutors Isabelle and Robert, the latter who dreams of one day becoming a doctor as well. Her mother is a staunch and unsympathetic woman. Neither Isabelle and Robert’s love for each other, nor her father’s tolerance is a match for her mother’s ruthless concern for appearances and the lengths she will go to protect her social status.

Some of the events—the bigotry, threats, and brutality—are familiar and predictable.

Still, there are enough pieces of the story that Isabelle withholds, or doesn’t know, until they are revealed at the funeral, creating suspense, surprise, yielding, finally, a heartbreaking read.