In Caddis Wood: A Novel 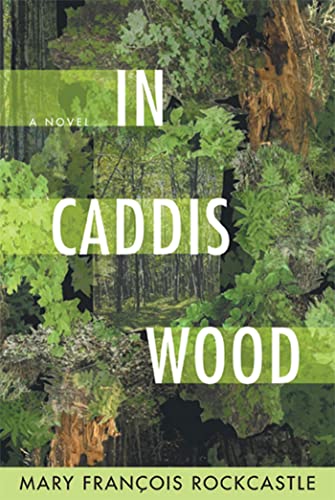 “This family is so real, so understandable, so in need of comfort each in their own way, that we want to embrace them in their grief, applaud their reconciliations, and learn from their loving fortitude.”

Mary Francois Rockcastle has written a simple, but not simplistic, satisfying story of love, loss, marriage, fidelity, and family. Her characters are real and sympathetic. They could be our neighbors, and we would like them, even if it takes us a while to glean their backstories.

Set in rural Wisconsin, this story is revealed against the backdrop of a natural beauty provided by the woods in which a family’s beloved summer home is nestled. The home and its history offer calm respite from the inner turmoil that the central characters must confront in the face of illness and impending loss.

Much of the turmoil arises from the fact that the main characters, long-married Hallie and Carl, are facing his demise from a neurological disorder that is slowly robbing him of his ability to move. But Carl is also distressed by the discovery of a secret cache of letters Hallie receives from another man some time before he becomes ill. The thought that she may have been in love with someone else during their marriage pains him as much as his impending loss of power and prestige as a prominent architect, and indeed, his imminent death.

Hallie, a published poet who has purposefully made family a priority, has struggled in the past with Carl’s professional intensity and his resulting absence in family matters. Years earlier she had left him, retreating to Captiva in the company of her sister to ponder the marriage and whether she wished to abandon it. That is where she met Eugene, author of the letters that Carl discovers. Making a conscious decision to remain faithful to her husband, their twin daughters, and their life together, Hallie nevertheless takes refuge in re-reading Eugene’s letters during the crisis they all now face. She also reaches out to Eugene for medical advice, and he responds with the concern of a longtime friend.

None of these plot details should inhibit readers from discovering the pleasures of this touching novel themselves. Told in alternate voices over a period of two years—from Carl’s diagnosis to his death—the story of Hallie’s and Carl’s life together grows increasingly rich and complex as we come to know more about them and their twin daughters, Cory and Bea (along with their spouses), as well as Hallie’s sister Clare, and their mother Maeve. All the characters expose and explore issues ranging from sibling rivalry and mother-love to marital fidelity and emotional betrayal, the challenges and losses of aging (as well as the simple pleasures), and the meaning of loyalty and family love.

It is to author Rockcastle’s credit that we feel compassion for everyone inhabiting this story, and that we blame no one for their foibles or their all too human failures, most of which are sins of omission committed by all of us as we strive to meet our own needs along with those of the people we love the most.

This family is so real, so understandable, so in need of comfort each in their own way, that we want to embrace them in their grief, applaud their reconciliations, and learn from their loving fortitude. In that sense, this sometimes sad but ultimately uplifting tale reminds us that even when love is laced with anger and disappointment it can regenerate in the comfort and safety of a family grounded in what really matters: unconditional affection and acceptance, and the knowledge that each member has been there for the other, no matter what they are called upon to face or to share.

Achieving all of this is clearly an accomplishment for any family—and a notable achievement for any writer.