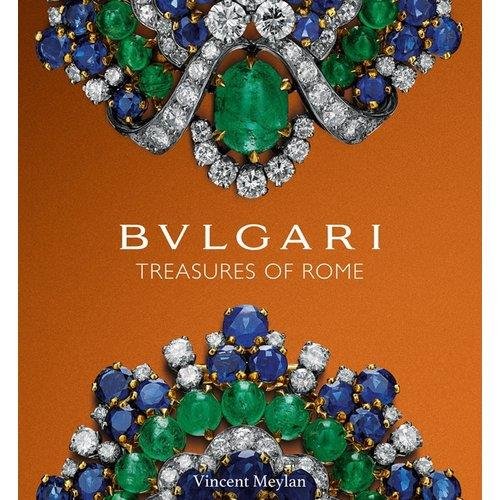 If you were expecting a sumptuous and glorious coffee table book about the haute joallerie of Bulgari, then you will only be partially correct. Bulgari: Treasures of Rome is almost a love story that intertwines the history of the fabled heritage jewelry brand with some of the great families of Italy, Spain, and France, combined with world events and the bluest blue bloods of that era. With that said, Bulgari: Treasures of Rome is also a chronicle of socialites, Hollywood stars, and family trees including that of the Bulgari family.

What makes Bulgari: Treasures of Rome such an incredibly intriguing and noteworthy read is that Meylan has devised a way of telling the story of the brand by not using the brand as its primary subject  but by highlighting the  amazing assortments of “famous” people and how their lives crossed paths and bonded with the revered jewelry brand.

It’s rather ingenious as with this narrative, the reader MUST read the book to fully appreciate its content; yes, you can look at the incredible images but that’s not the only aspect of the book that is so incredibly entertaining and historically stimulating.

It would be my assumption that  most readers who are familiar with the brand might associate Bulgari with colored stones, watches, tubogas, and ancient coins but what is most interesting is that one time the house was known for out  of this world incredibly sumptuous diamond jewelry and large stones, think Harry Winston, as well as objets de vertues.

Meylan has navigated a path to literally draw you into the brand’s history in a most intimate way. He educates the reader as well as entertains with bits of Hollywood gossip and anecdotes in addition to little known facts about history’s greatest and most famous royals and socialites.

The prospective reader should keep in mind that for most of its 134 years of doing business, Bulgari was one of those open secrets. The brand’s international expansion did not begin until the 1970s and its explosive expansion did not occur until much closer to the new millennium.

For these reasons alone, Bulgari: Treasures of Rome is one of those books that requires much more than just a casual perusal. In fact, the stories are quite engaging and some might even find them quite personal by the way in which they are told.