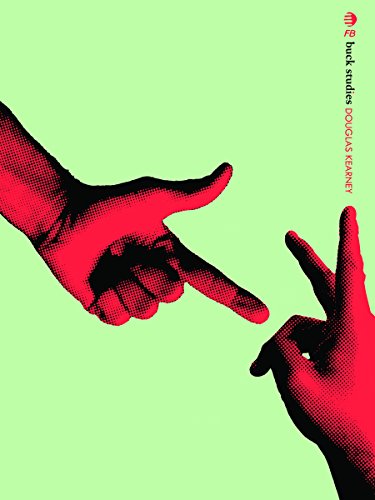 “a potent cocktail of political anger and radical formal experimentation.”

Buck Studies by Douglas Kearney is a radical, profane, and erudite evisceration of white privilege. The title plays off the racial slur for a sexually virile African-American male and academia’s penchant for appending the word “studies” to intellectual pursuits. Peace Studies. Ethnic Studies. Buck Studies.

Douglas Kearney uses the weapons of poetry to write a curriculum of justifiable rage. Beyond anger, there is exasperation, grief, despair, and mischief. A common method for exposing the atrocities of oppressors is to call them out. Martin Luther King, Jr. used the strategies of non-violence and civil disobedience. Malcolm X, prior to his hajj to Mecca, called for racial separatism. Another method of combating the oppressor is trickery and mischief.

Beyond the politicized aspect of this poetry collection, Buck Studies also works as a primer on pushing poetic form to its limits. Where else could Brer Rabbit as a re-imagined Christ figure occupy the same space as concrete poetry written in the tradition of Guillaume Apollinaire?

“The Black Woman’s Tear Monger” confronts the grief endured by African-American women, twisting the sadness and despair into gnarled verbal salvos. Each brief section parodies a specific target. The section “11:00 STINGER” is as follows:

TV’d to the live evening lede:
black woman clipped to a moan of gone.
LED’d against blackness streets, her tears
glint a plugged nickel jackpot.

Or as a movie trailer in “THEIR MOST DESPERATE PLAN JUST MIGHT WORK!”

brightening
FALLEN OFFICER     I know how to get the tears!

And economics in “NEOLIBERALISM”:

In harrowing moments witnessed on TV or online, endlessly repeated images of grief for ratings gold, Kearney dissects the language until nothing is left. The relentless parodic assault turns language into a meaningless utterance. It becomes nothing more than yet another commodity to be co-opted, exploited, and regurgitated back on an unwitting populace.

“Ecce Cuniculus” turns the Stations of the Cross into a Brer Rabbit tall tale. The Passion of the Christ as rewritten by Song of the South-era Walt Disney into an animated adventure. The title of each section has Jesus crossed out and Brer Rabbit inserted in brackets. The poem shifts its rhetorical tone from comic parody to academic dissertation.

The first section, entitled “JESUS [BRER RABBIT] IS CONDEMNED TO DEATH,” begins as “Pilate a foxy red toga, rocks togs on some curtain for this Theater of Suffering.” As the poem develops the Brer Rabbit trickery hides a more malevolent side of history. On the surface it is a parody of the Crucifixion. It is also a comic meditation on the lynching of African-American men, a tradition in the United States cultivated on race hatred, mob violence, and white male sexual insecurity. Although that sexual insecurity was veiled underneath the justification of preserving white female virginity. But Brer Rabbit has a trick up his sleeve.

“That Loud-Assed Colored Silence” is concrete poetry, a mad collage of words. The poem operates at both a verbal and a visual level. Another poem, “Drop It Like It’s Hottentot Venus,” mixes references to rap, the slave trade, and body image. The poem is simplicity itself. Each word in the title becomes a cascade of synonyms. Then the synonyms have more synonyms until it becomes a free-associative fugue.

Buck Studies by Douglas Kearney is a potent cocktail of political anger and radical formal experimentation. It is an important poetry collection in this era of racial tension, partisan rancor, and police brutality. Kearney chronicles the African-American experience through the kaleidoscope of the poetic avant-garde.