Bring Me Home for Christmas 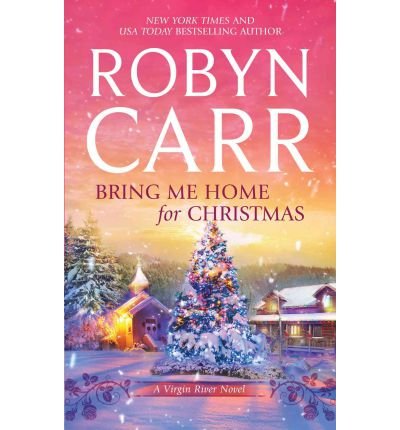 “A touching and heartwarming holiday story, Bring Me Home for Christmas focuses on the joys and heartaches of first love.”

Becca Timm is happy with her relationship with Doug Carey. Or is she? Her mom loves him and thinks he’s the appropriate man for her, but when he’s about to offer Becca a ring and a wonderful future, Becca realizes she needs to get her first love, Denny Cutler, out of her head.

It is the week before Thanksgiving, and Becca shows up at twin brother Rich’s house demanding to go to Virgin River, where he’s meeting Denny and two other service buddies for a hunting and fishing trip. Rich had planned this trip a while ago and, their folks thinking Becca is going to Cape Cod with Doug, they decide to go to Cabo San Lucas and forgo the traditional family dinner.

Becca decides not to go with Doug, but instead accompany Rich, needing to see Denny—the guy who broke her heart when he dumped her and re-enlisted for another tour of duty in Afghanistan.

Becca had met Denny after he and Rich first served together. She was in college, and when Rich brought him home, it was attraction at first sight. Their relationship deepened until Denny’s mom died. That’s when things fell apart, and Denny left her with a broken heart.

After he returned home, Becca was too angry to accept an apology. She met and started dating Doug, a reliable man, working toward a law degree. Though she knows he would make a stable husband, she has to get Denny out of her system.

Their reunion at Virgin River is touchy. They argue while Denny is driving, and Becca insists he stop the truck so she can get away from him. She jumps out hastily only to break her ankle. Denny feels responsible and stops at nothing to take care of her.

The doctor informs her she cannot travel or leave for home as planned, so she finds herself stuck in what she first considered a drab and unwelcome town. Soon she discovers the citizens are concerned about her welfare, and, while on the mend, she decides to help some schoolchildren with their studies. Her prior teaching job had ended when the school closed, so Becca has no urgent need to rush home. But what about Doug? Does she want to go home to him? Is she really over Denny?

As time grows closer toward the Christmas season, Becca starts seeing things in a new light, and she wonders what her future will bring. A touching and heartwarming holiday story, Bring Me Home for Christmas focuses on the joys and heartaches of first love.