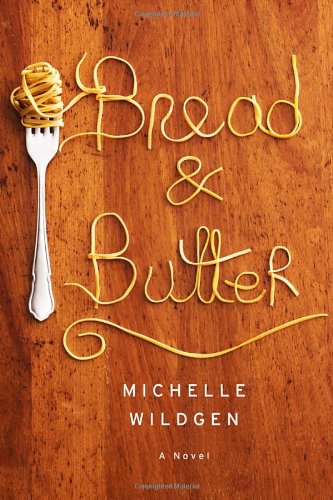 “Bread and Butter is just a skim coat of a story about what a restaurant looks like from the back of the house. . . . No amount of good food writing can make up for an otherwise dull narrative.”

Early on in Bread and Butter, Britt, one of the three brothers in this tale of sibling rivalry played out in competing restaurants, admits to his older brother Leo that his younger brother Harry may not be interested in his restaurant advice because Harry “thinks [he’s] shallow.” Ah, would that this characterization only applied to Britt. Sadly all of the characters in this book are so two-dimensional that it is as if they had been dragged under the kitchen door and flattened like Rosa in Lesley Frost’s delightful children’s story, The Very Mischief.

What happened to Rosa? She burned the peas of course, because she could no longer see roundness. The same fate could easily befall the characters in Bread and Butter. They are so flat they don’t see the roundness in situations. And so missed cues and misunderstandings abound—which would be funny if this were a comedy, but it’s not.

At the end of the novel we know only the slightest bit more about the characters than we do at the beginning. There are no forays into their interior lives that make reading about them enjoyable; it feels as though you are an outsider watching it all unfold through a thick glass window and can only guess at what’s really going on inside.

Sibling rivalry is a well-examined theme in literature (as it is in life). Yet without a deeper understanding of the germ of this rivalry—surely it’s not about who has the best restaurant—Bread and Butter is just a skim coat of a story about what a restaurant looks like from the back of the house. (Um, intense. It’s a pressure cooker. If you can’t stand the heat, get out of the kitchen.)

Harry, the youngest of the three, moves back to his childhood home of Linden, Pennsylvania (a small town 90 miles northwest of Philadelphia), with the intention of opening a restaurant where his two older brothers already own and operate a successful upscale establishment. (Is this a likely setting for a novel with trendy food as the backdrop?)

After securing some seed money from his parents (uh-oh, they never gave any money to Leo and Britt for their restaurant), Harry chooses a location in a derelict part of town and begins to renovate.

After awhile he looks to his brothers to shore up his investor base and cooks them a sample menu to convince them he is worth the risk. Turns out Harry can cook (unlike his brothers who are on the business end of the restaurant trade). Leo takes a pass, but Britt decides to partner with Harry, splitting his loyalty and time between his two brothers’ restaurants. The rivalry is set, but there never seems to be much fallout, even after Harry poaches Leo’s pastry chef.

There is of course, also a rivalry between two of the brothers over a common love interest. A mysterious beautiful woman becomes a regular customer at Winesap (Britt and Leo’s restaurant) and just as Britt—who runs the front of the house—is about to make a play for her she shows up one night with Harry. Turns out she is a restaurant consultant whom Harry has hired. Harry kisses the woman and there are no sparks, so she is now available for Britt.

But like the restaurant rivalry, the love interest rivalry is not explored in any depth and only causes a minor hiccup. In the world of Bread and Butter everything gets smoothed over very quickly. Including (spoiler alert) the breakdown Harry has soon after opening his restaurant to—you guessed it—critical acclaim. There is a three day period when Harry goes missing, is eventually found, gets put back on his meds (neither his brothers nor the reader has had any clue that Harry has suffered from mental illness in the past) agrees to a timed feeding schedule to keep his weight up and gets back to work. Problem solved.

Throughout the book, author Wildgen often pauses to describe different dishes that are being cooked, consumed, or considered—her food writing stands out as the best part of the book but it often comes at the expense of advancing the plot or character development. There is also too much of it. No amount of good food writing can make up for an otherwise dull narrative.

In a restaurant meal, bread and butter serve as a kind of placeholder. It is there to fill the void until the first course arrives. Rarely memorable, we often eat it mindlessly—that is until we look down at our empty bread plate and are filled with regret for all the empty calories we have consumed.