A Boy in Winter: A Novel 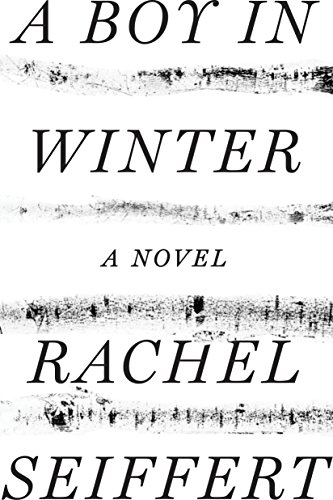 “a thought-provoking, poignant, and memorable work.”

A common problem of World War II or Holocaust fiction is that is that it can resort to aestheticizing, sentimentalizing, or romanticizing the Holocaust. However, this is not the case with Rachel Seiffert’s well-researched, focused, richly detailed, insightful novel A Boy in Winter.

Set in 1941 in a small Ukrainian town that is being taken over by the SS shortly after the Germans invaded, A Boy in Winter focuses on a few different characters whose lives intersect under theses circumstances.

The main figures in the novel are Otto Pohl, a German engineer assigned to build roads in the Ukraine, who is opposed to the war and horrified by the crimes of the SS that he witnesses; Ephraim, who is jailed in the former brickworks along with all of his fellow Jews of the town: his two sons, Yankel and Momik, who evade the brickworks and are on the run; and Yasia, a peasant, farm girl, who ends up helping Yankel and Momik after viewing the actions of the murderous SS and her lover Mykola, who works for the Germans.

While Seiffert employs a third-person narrator, she deftly allies with each particular character giving his or her perspective, language, and inner thoughts. Without justifying his behavior, the narrator shows Pohl’s ambivalence about working for the Germans through his internal monologues and imagined letters to and conversations with his wife, Dorle: “It is a road for then this war is over. No more tanks will have to roll then. Pohl has told Dorle this over and over—in his thoughts this time, not in his letters to her; that would be too dangerous. It is for when Hitler loses, as he surely must, my love. Just look at his over-reaching madness—the man means to conquer Russia now: I ask you! It can only be a matter of time.”

The narrator also depicts Yasia’s reaction to hearing the gunshots fired by the SS, including her boyfriend, murdering the town’s Jews who were penned in the brickworks. Although she is uneducated and lacks clear, well-informed political convictions, Yasia is horrified and traumatized by what she witnesses and knows that it is wrong.

Rather than judging or describing Yasia’s feeling or opinions, the narrator subtly writes from Yasia’s viewpoint, capturing her inner thoughts. After the slaughter of the town’s Jews, Yasia finds Yankel and Momik: “The boys needed hiding so she hid them, they needed feeding so she fed them; that was all she was doing. She didn’t know about them. She didn’t know. Or what the soldiers would do to the others.”

A Boy in Winter is particularly well researched and includes fine details of the landscape and people. The story opens with a description of the runaway boys trying to find a hiding place in the town: “The fog hangs damp between the houses, and along the winding street before him, shrouding the low roofs and the lane mouths, the huddle of timbered house fronts.”  In this passage, reminiscent of T. S. Eliot’s poem “The Love Song of J. Alfred Prufrock” the fog is personified and sets a somber mood to the novel.

Seiffert’s prose is generally clear, straightforward, and not especially lyrical. But she describes little spots of time that are memorable, highly detailed, and bring life to her characters and story.

A scene in which Yasia is at home, helping to take care of her little brother, is beautifully portrayed: “The small one edges towards her shyly, reaching for the food. One hand still full of his new toy, he has to give it to Yasia to make room, and she takes it from him gently, pressing an egg into each of his palms in exchange. Such fine little digits; she likes to see them gripped like that, to see all the neatness of his small child’s movements. An egg makes a good warm fistful, she thinks, watching his fingers closing around the soft ovals as he returns to his brother’s side.”

Since A Boy in Winter concludes in 1942, there is no happily-ever-after ending or simplistic resolutions or promises of safety. However, Seiffert provides a sense of closure. She ties up the various threads of her story effectively and plausibly. Her direct prose, vivid descriptions, and inclusion of different points of view make A Boy in Winter a thought-provoking, poignant, and memorable work.