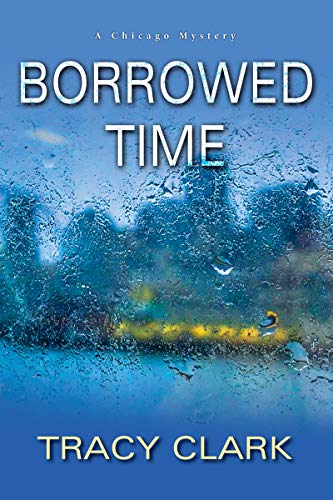 Tracy Clark returns with the second installment of her Chicago Mystery series. Cassandra Raines, a former cop turned private investigator, gets embroiled in the investigation of a death the police ruled a suicide.

But there’s a twist on that old tale, the dead man was already dying, a little detail the dead man’s friend left out when he first brought the case to Cass.

But Jung Byson, the “indolent delivery boy” from Cass’s favorite hangout, won’t give up and threatens to investigate by himself if Cass won’t help.

Cass knows stubborn when she sees it—she may have that characteristic herself—and agrees to dig around.

Though now out on her own, she’s still connected to the police force she left behind. It’s refreshing to see an ex-cop who hasn’t burned all her bridges on the way out of the precinct.

Her last partner figures in current events, bringing along the emotional complications she caused when she left the force.

Cass also has friends and resources, which makes her a more complete and rounded character than being solely a loner, building on the trope of the hard-boiled private eye.

This does not mean, however, she makes it easy on herself. “I was going to have to punch my way through on my own, like I did with most things, two steps forward, one back.”

Nor does she make things easy on those around her, as with the police detective who closed the case Raines works to reopen. “Marta searched my face, grimaced, apparently seeing the truth in it. She stood down, not much, just a fraction of an inch. ‘You’re going to haunt my dreams, aren’t you?’”

Borrowed Time works as a standalone, though Raines is still working through events that occurred in Broken Places. Clark deftly weaves references to the past into the present.

“In an instant, I knew him; he knew me. He hadn’t said I killed a kid. I had a difficult time saying it, too, even now.”

For those who haven’t read the first novel, references to the past will pique their curiosity. For those who have, Clark provides forward momentum for a character who continues to evolve throughout this novel.

Cass Raines is tough but has a wry sense of humor evidenced in her personal observations.

“I slid a sideways glance at Muna. She was watching from the counter as though this was an Ibsen play and she’d paid good money for front-row seats.”

She’s also aware of her own flaws, “I could play nice. It was a tactic that didn’t come naturally to me for some reason, but I was no quitter.”

Though that doesn’t mean she’s going to try to change.

Cass constantly gets herself into sticky situations. These raise the stakes and make us speed through the pages to make sure she survives. Clark balances her character’s impetuousness, however, by Cass accepting help when it comes and doing her best to reach out when possible.

As an African American private eye, Cass faces a layer of social issues never endured by Kinsey Millhone or V. I. Warshawski.

Just as Sue Grafton and Sara Peretsky made inroads into gender equality, Tracy Clark makes inroads into racial equality. We see all of Cass Raines: private eye, ex-cop, woman, African American, a fighter for justice, and supporter of the underdog.

Cassandra Raines is a solid addition to crime fiction’s list of feisty, hard working female private eyes. Cass is flawed, but growing. She is tough, but also knows when she needs help.

Standing firmly on the shoulders of the female crime writers who came before her, Tracy Clark is in very good company. And we’re lucky to have her.