How to Find Love in a Bookshop 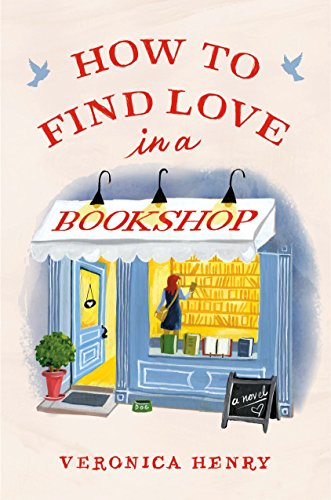 “This novel is one the reader will finish with a sigh, and then set his sights on the nearest bookshop in hopes of finding his own happily ever after.”

At the age of 23, Julius Nightingale is left a widower with an infant daughter.  He moves to a small village called Peasebrook and opens a bookshop, subtly changing his life and those of the people of Peasebrook forever.

“Here he was, alone in the world, but for a baby and a bookshop. And as that very baby reached out her hand, he gave her his finger to hold and thought: What an extraordinary position to be in. Fate was peculiar indeed.”

When Julius dies, his daughter Emilia must decide whether to keep the shop open or sell it to entrepreneur Ian Mendip who’s desperate to make the property into a car park.

As Emilia hesitates, she comes to realize how much Nightingale Books has come to mean to its customers, and how, in one way or another, it changed their lives and convinced them to become more than they are.

“As she stood in the middle of the shop, she gradually felt a sense of comfort settle upon her, a calmness that soothed her soul, For Julius was still there, amid the covers and the upright spines. Her father was still there, thought Emilia, in the thousand of pages.”

Julius did indeed change lives, always for the better.

There’s Sarah Basildon, the lady of Peasebrook Manor. She loves her husband but she and Julius had a very quiet, very discreet affaire, because in his bookshop, she found someone who cared about her opinions and her thoughts.

“He looked at her and she felt a tug deep inside and she thought—That’s my soul. She knew it was selfish to carry on, but he insisted as long as he could have a little bit of her, it didn’t matter.”

Alice’s daughter is about to be married, to a man who’s a secret scoundrel. No one knows this but Dillon, the estate’s gardener and he’s in a quandary. Should he tell and seem an embittered man in love with someone above his class, or speak out and save Alice from a dreadful mistake?

Then, there’s Jackson, sent by Ian Mendip to convince Emilia to sell, an unhappy man separated from his wife and son.

“Jackson knew he was capable of achieving what Ian had. He just didn’t have the killer instinct. He was trapped. He’d painted himself into a corner.”

Emilia’s gift of a Harry Potter book helps pave the way for Jackson to regain his ex’s love and become the man he should’ve been all along. “You changed my life with those books you gave me. You made me see things as they should be. You’ve made me see what I should be.”

When a famous movie star has a book signing at Nightingale Books, he meets again the girl he fell in love with so many years ago. Sarah’s no longer a starry-eyed ingénue but she still loves Mick Gillespie, only this time, she’s going to lead him a merry chase before she surrenders.

Then there’s Emilia herself, in an impossible dream. Marlowe is an up and coming composer, and he and Julius were friends despite his being closer to her age than her father’s. The only trouble is, Emilia feels she can’t compete with his glamorous, talented, beautiful French girlfriend.

There are so many couples in this novel it would seem impossible to keep their stories separate but author Henry does so deftly, at the same time weaving each situation into one delightful romance where the happy endings are a sure thing.

Even the story of Julius’ courtship of Rebecca, played out in flashback in beautifully sensual terms, renders their love part of the magic in which the bookshop and Julius’ later life is steeped. At Nightingale Books, each customer finds the story he needs and the encouragement to make his own story come true.

This novel is one the reader will finish with a sigh, and then set his sights on the nearest bookshop in hopes of finding his own happily ever after. Peasebrook is the place where “everybody knows your name,” your business, and its bookshop is where they all congregate to share their dreams.