The Book of Two Ways: A Novel 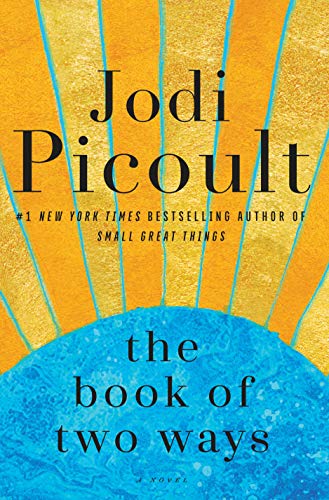 What would you do if you were in a plane crash, but managed to survive? Being so close to death, it's only logical anyone would reassess their life. Almost forty years old, Dawn Edelstein is fortunate she did not lose her life like so many others, but what happens now? Does she return to Boston to her husband Brian and her teenage daughter Meret, or does she resolve to pursue the dream career and Wyatt Armstrong, the man she loved 15 years prior?

Researching the history of Egypt always fascinated Dawn, and as a Yale archeology graduate student, she worked at excavating tombs with Wyatt. They labored unceasingly, uncovering the secrets of The Book of Two Ways, which were ancient coffin writings designed to give the deceased guidance on how to pass into the afterlife to be with their god, Osiris.

With only a short time left to complete her studies, Dawn receives news her mother is dying, so she heads back to Boston. She copes with her mom's transition to death, with expectations of returning to Egypt. However, time has a way of passing quickly and other matters in life take over. Heartbroken over her loss and needing to raise her younger brother, Kieran, Dawn relinquishes her passion, finding solace in Brian Edelstein. She soon gives birth to a daughter, and a year later marries Brian, and is employed by a hospice, but then finds her second calling as a "death Doula." What exactly is a death doula? Dawn explains:

"From the very first words of the instructor—that death doulas harken back to a time when people didn't die alone—I was enthralled. Doula is Greek for ‘woman who serves’—and just as birth doulas know that there's discomfort and pain that can be managed during labor, death doulas do the same at the other end of the life spectrum. . . .

"doulas don't perform medical tasks—I’m not covered by liability malpractice insurance. I work in homes, nursing homes, inpatient hospices, assisted living facilities. Whereas the hospice model is a team, the Doula works solo, doing all but the medical care."

When people ask why Dawn became a death doula, she replies:

"I have told this story to many people who ask me how I can possible work with those who are dying. . . . There is a beauty and grace at the end, I tell them, even for babies like Felicity. She never experienced war, heartbreak, or pain. She never struggled to make ends meet. She didn't get bullied in school or find out she had been passed over for a promotion or get left at the altar. She knew nothing in her short life but love."

And love is something Dawn shares with the terminally ill patients in her care—an intense profession that can be both depressing as well as satisfying. Dawn handles everything the patient and/or their family requires to prepare all concerned for the patient's passing.

With her latest patient, Winifred, she experiences a close bond as they share tales of their past. Win begs her to go to England to deliver a letter to a man she once loved, a man she lost many years before. Dawn complies, but after witnessing this man with his family, this is a request she finds impossible to do. She decides not to head home and instead she heads to Egypt. Confused about where she belongs—especially after believing Brian has been unfaithful—she questions how she wants to live the rest of her life. Is fate offering her another chance to continue her dream from long ago? Egypt and its history lure her to return, as well as Wyatt—the good-looking, yet brash British guy who was her first love—and the work she valued as a grad student. Her heart persuades her to finish what she and Wyatt started. With her misgivings about Brian, will she decide she is meant to be with Wyatt, or will she go back to Brian?

Dawn and Wyatt once had common likes and a powerful closeness, and now he is surprised to see her after so long. She pleads with him to allow her to work on the site with him, though because she is no longer a Yale student through which this program is founded, by offering visas to students once they are investigated by the Egyptian government, he states he cannot hire her. But using his charisma, Dawn learns she can remain. Through their efforts working together and reuniting with Wyatt, she discovers the feelings and connection she felt for him is as strong as ever, and surprisingly he shares her feelings.

For those who love in-depth and descriptive prose, this novel has it all. Picoult goes into comprehensive detail regarding Quantum Physics, Brian's forte, the history of Egypt and hieroglyphics—including pictures and explanations of the writing—as well as the duties and concerns of a death doula. Intense and at times confusing, the prose tends to be overwhelming and tedious, making this a substantial read.

In actuality, this could comprise three novels: one of past passions and love compared to the reality of where life takes one; another giving insight into ancient burial tombs and how the Egyptians idolized their gods and beliefs; and finally, the unpleasant subject of death, which many do not want to confront, but which is written herein with total respect and knowledge; it eliminates some fear many may have.

It is easy to agonize over Dawn's feelings and determination to be her true self. Her life offers many facets. Though she scoffed at her mother who lived and died dedicated to believing many superstitions, she finds herself referring to them constantly. She feels obligated to her younger brother Kieran, whom she raised after her mother's death, then later to Brian, her husband of 15 years as well as to her beloved daughter. Her memories which she shared in her conversations with Winifred who also communicated the regrets of her past, and a newfound revelation concerning Wyatt takes her back to Egypt. In her travels she hopes to find what she genuinely wants and what she is meant to do with her life.

This tale commences with Dawn suffering the tragedy of being involved in a horrendous plane crash, then segues back and forth between Dawn's life in Boston and her time spend in Egypt, making the story line somewhat unclear. Along with the comprehensive description of many subject matters—some of these topics which may not be one's forte—this book provides education in matters unknown to many as well as offering a great deal of food for thought about human relationships.