The Book of Emma Reyes: A Memoir (A Penguin Classics Hardcover) 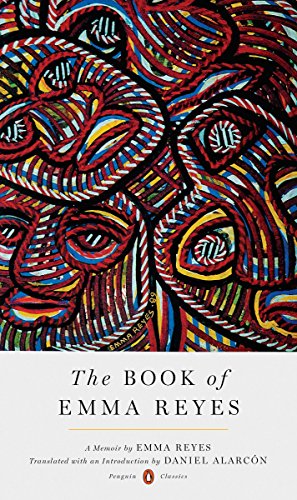 Books take us hostage and transport us to times and places where we ourselves can’t go, whether it’s to a remote tropical island or to the Parthenon in ancient Greece. The Book of Emma Reyes takes readers back to the childhood and girlhood of a Colombian-born painter who grew up in poverty and spent most of her early life in a convent that felt like a prison.

This memoir, which was translated from Spanish into English by Daniel Alarcón, was a bestseller in Colombia where it was published in 2012, after the manuscript was discovered among Reyes’s papers not long after her death.

Alarcón, a distinguished Peruvian-American author, calls The Book of Emma Reyes an “epistolary memoir.” Indeed, it’s a collection of 23 personal letters that were written on and off between 1969 and 1997 and that were addressed to Germán Arciniegas, a Colombian historian, who showed them to Nobel Prize laureate Gabriel García Márquez.

Reyes was not pleased, though Márquez called her to tell her how much he loved her writing. From her point of view, Arciniegas had, in the words of Alarcón, “betrayed” an “implicit agreement of confidentiality.” One can't help but wonder how she would feel now that her letters are available in both Spanish and English and in a handsome Penguin Classics edition that will likely be read around the world.

Had Reyes known that her letters would be published, she might not have written as candidly as she did about her experiences as an orphan who goes from a kind of hell to a kind of paradise and back to a kind of hell from which she liberates herself. The writing is clear, the sentences are mostly short, and the details help provide a rich portrait of life among the poorest of the poor in Colombia in the early 20th century.

In the first few pages, Reyes describes one of the onerous chores she was required to perform as a child: carrying the family bedpan full of human feces and emptying it in the neighborhood garbage dump. But she describes it as though she’s on an epic journey that tests her will power and her strength and that turns her into a saint of the down and out.

Reading that description of the foul bedpan, and others that follow it, one can understand why Márquez raved about Reyes’s prose that seems artless but that must have been carefully crafted. As a storyteller, Reyes has an innate sense of pacing and suspense; as a kind of cultural historian she knows how to paint portraits not only of individuals but of a society as well. The convent where she lives and works ten hours a day—and where she learns to read and write, and where she discovers her talent from drawing—serves as emblematic of a larger hierarchal order with an aristocracy at the top and “the rabble” as the bottom.

When one of the priests grabs her and kisses her on the lips, you feel her sense of violation and outrage. Still, from beginning to end, she maintains her sense of dignity and follows her own insatiable curiosity that takes her into forbidden places.

At the end of the very last letter she describes the convent key that she takes in her own hands and uses to unlock a heavy door that has sealed her off from the world.

“I left very slowly, so frightened I felt as if a hole might swallow me up,” she writes. On the outside, in a deserted street she sees two dogs, “one of them sniffing the other’s backside.” That image is pure Reyes. Whether she’s writing about human feces or the backside of a street dog, she has an eye for details that a finicky author would probably not include in a memoir.

That Reyes does include them makes hers an uncommon memoir.

One can understand why, as an adult in Paris, she was accepted as an equal by Diego Rivera and Frida Kahlo and moved in a cultural elite that included Jean-Paul Sartre, Pier Paolo Pasolini, and Alberto Moravia.

Unlike the Colombian novelist Gabriel García Márquez, Emma Reyes wasn’t a magical realist, but there’s something both magical and realistic about her book. In 2003, the year she died, the French government recognized her genius and named her a Knight of the Order of Arts and Letters. Now, English language readers can wallow delightfully in a book that’s a minor classic of Latin American literature and that offers a stunning portrait of the artist as a young woman.