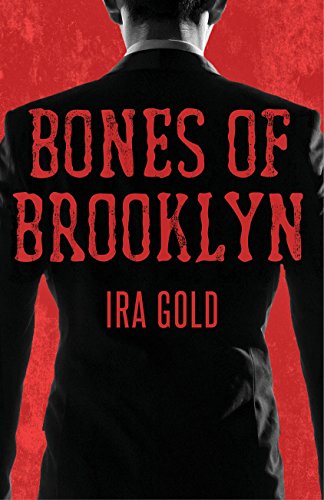 “A frighteningly realistic, yet often Runyonesque version of the life of a gangster.”

In the first entry in this series, mob boss Pauli Bones spared Howie Fenster’s life. Now Howie owes a favor and Pauli’s ready to collect: He wants Howie to finish his vendetta against Russian gangster Ivan Rachmaninoff by killing him.

“‘I’m out of the loop,’ Howie protests. ‘I thought the thing at The National ended it.’ The thing is the massacre perpetrated by Vinne Five-Five’s crew. The it means the war pitting the long-settled nativist Italians, Irish, and Jewish hoods against the New American monsters led by the Russian Vlad the Impaler and a Chinese triad controlled by Loon Moon.”

Howie would rather lose himself in his father’s collection of Penguin paperbacks or be in the company of his girlfriend, Ariel, and he doesn’t want to kill anyone. He wants to be a writer.

“A writer has to see inside the human heart. Yet the heart is such a sick, dark chamber one can only make the most inaccurate guesses of what lies there . . . Is a latte and a book all it takes to lose the wiseguy aura? It’s dangerous to walk around the neighborhood without the shield of menace.”

In fact, he and April are planning to get out of the mob ASAP, but when a favor is owed and the marker is called in, what’s a man to do?

Play along and hope someone, somehow, intervenes and he and his girl get out of this alive, that’s what.

“I miss my friends and their toxic outbursts. An unhealthy attachment with my diseased birthplace haunts me. My friends, the people I lived with and killed with, where are they? Dead. With Frankie Hog gone, only Pauli Bones survives.”

In a violent and twisted turn of fate, including an oedipdal clash with his former boss’ widow, Howie finds himself in a battle, mostly with bullets, occasionally with words, as everything comes together in a deadly encounter deciding his fate as well as Ariel’s.

A frighteningly realistic, yet often Runyonesque version of the life of a gangster.

Howie can be deadly when he has to. The problem is, he never wants to be. He’d rather be reading and become immersed in the great literature of the world. His horror when Ariel becomes militant and gun-toting after a particularly violent incident near her home is contrasted to his own reactions when he’s finally faced with having to kill or be killed.

Literary references abound, particularly in the conversations between Howie and his intended victim Ivan, Russian mobster and avid jazz musician. In a scene faintly reminiscent of certain Monty Python episodes, the absurdity of Russian and American gangsters discussing Dostoyevsky is pointed up, as they argue over Notes from the Underground moments before a gun battle breaks out.

Readers will either love this novel or hate it for its sarcasm, literary incongruities, as well as its sex and violence. Then they will ask: When will the next book be released?