The Body in the Garden: A Lily Adler Mystery 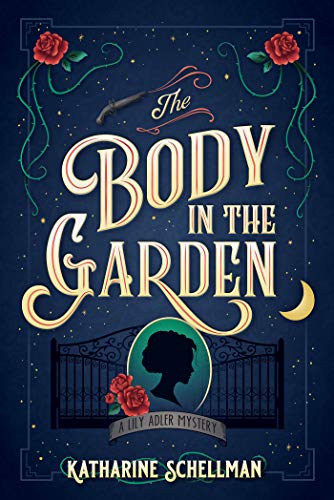 “The Body in the Garden has a good story, is well researched, and employs good writing.”

It is London, 1812, and Lily Adler, young, and recently widowed, returns to the bustling social life she knew before her marriage, unsure of where her life is going. Her best friend, Lady Serena Walters, high up on the social ladder of London’s upper crust, insists she come to a ball being held by Lady Walters and her husband.

Widows of the day kept a low profile, did not dance or show any enjoyment, but were not refused the opportunity to present themselves, and so Lily reluctantly attends.

While in attendance, Lily meets all the proper characters needed to move the story forward. Captain John (Jack) Hartley, a childhood friend of Lily’s husband, Freddy; Ofelia Oswald, a mixed-race young lady from the West Indies who is in London for the social season; Isobel Harper, a childhood friend of Lily’s, yet not close; and Reggie Harper, a dastardly womanizer and Isobel’s brother.

While at the ball, Lily (prevented by social mores to enjoy herself) strolls onto the grounds where she is the audio witness to a confrontation between Lady Oswald and a mysterious male intruder. As Lily leaves the garden to return to the ball, she hears a blackmail threat, followed by a gunshot and races back to find a young man, Augustus Finch, has been murdered. Distressed by what she has heard, she involves Jack, and thus the groundwork is laid.

Lily sees Lord Walter pass a large amount of money to a police officer with directions to forget about the murder, and upon further discovering there was a relationship between Lady Oswald and the murdered man, Lily, Ofelia, and Jack form a trio. The murderer will not go undiscovered in spite of Lord Walter’s bribery.

The position of women being what it was and the era being what it was, Lily’s demands for justice are not attended to by the local police officer, Simon Page. It is here that Schellman’s research really shines as she is clear on where women stood in society, and she is creative in giving Lily the intelligence and characteristics needed to work around all the obstacles set in her path.

Lily, Jack, and Ofelia begin to gather clues, but Jack soon discovers that Ofelia may not be as forthcoming as she should be and learns that she is hiding something, but he is unable to discern what.

As the clues begin to tumble out, the trio learns that General Alfred Harper, Isobel’s uncle, is involved with a treasonous act and in league with one Hyrum Lacey, a shipping magnate, also defrauding the British government. General Harper was at the ball and has now risen to the top of the suspect list.

Lily comes up with a plan to infiltrate Lacey’s business to find any clues that might tie him to the murder. It is at this time that both General Harper and Hyrum Lacey have taken the top spots in both the murder and the treason. But lo and behold, what happens to that situation when General Harper is murdered? The blame focuses on Hyrum Lacey—after all, he can hardly stay out of the limelight if the general is around to put the blame on him.

Characters change, red herrings appear, foreshadowing is laid out, and as it happens, the police officer, Simon Page, has come around to Lily’s way of thinking. But as characters change, so do situations, and Schellman throws in several twists and turns and suspicions move from one character to another as events also change.

The Body in the Garden has a good story, is well researched, and employs good writing.

It is often hard to maintain interest in a cozy that follows a template, but that cannot be said of Katherine Schellman’s The Body in the Garden. This is a quick read and satisfying on a rainy night.