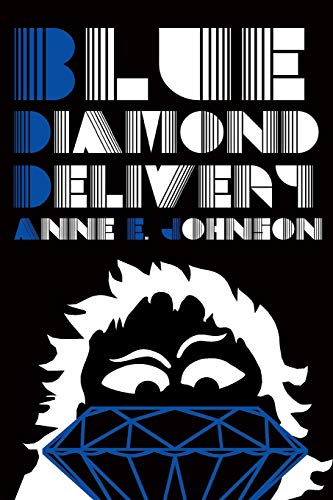 Recovering from his last—and up to this point, only adventure—Ganpril Webrid wakes up in the middle of an earthquake and is soon up to his hairy shoulders in another mishap.

As he digs himself out of the wreckage, Webrid receives a message card from Ghen Nestro, Liaision of Societal Affairs.

“The Raralt Planet Circle Federated Government requires your services.”
“Say what?”
“You are needed for a top secret mission which can save millions of lives.”
“Oh, Come on.”
“Right now, you are surely doubting the truth of this claim.”
“You think?”

Webrid is uber-doubtful. He argues, he lies, he does everything but fling himself on the floor in a tantrum.

“Why does it always gotta be me? Look at me! I’m a millionaire but . . . I had cookies and beer for breakfast this morning. Do I seriously seem like the guy to fix your messes for you?”

Apparently, he does. He’s given an address and told to go there, and to “bring your cart.”

(This isn’t Webrid’s original cart, by the way. That was destroyed the last time he saved the world and millions of lives. This one is brand-new, cutting edge, and even has sparkly lights blinking around it. Webrid’s so thrilled he’s been using it as a table, hidden under a lacy doily.)

So, Webrid sets off . . . with his cart. In a matter of minutes on the street, he’s sucked into a gelatinous vortex.

“At this point, facing eternity, another man might have thought, At least I got to save the world once. Webrid thought, Dammit, I’m gonna die without eating my lunch.”

Neither happens. Webrid finds he’s been a) transported to Ghen Nestro’s office, and b) hired to take a diamond from Rada-2 to someplace he’ll be told later. Actually, Ghen Nestro doesn’t want Webrid, he just wants to hire his cart. The carter himself can stay behind.

If he’s going to Rada-2, he’ll need transport, so Webrid immediately enlists old cohorts-in-his-last-adventure, Zatell and Stravin . . . and away they go!

Almost immediately, they’re accosted by a lady on a FlatPlat. RekRek Ree wants the intrepid trio to help her find her missing husband Galee. Stravin is more interested in the FlatPlat, which he insists was invented by his missing lover Kaforissin who was hauled out of his lab three years before and hasn’t been seen since.

In fact, several pieces of ultra-sophisticated technology they encounter appear to have been made by Kaforrissin, which makes Stavin wonder if his sweetheart isn’t dead after all but has gone commercial and selling off his secrets.

Somewhere along the way, Webrid acquires a tabula rasa in his head that supplies further information as they go but only on a need-to-know basis.

In bits and pieces, they discover why the blue diamond is the key to saving the world(s).

It seems the Raralt Planets are an artificially created group which really shouldn’t be in the same system. Something called the Gravitational Swing-binding Engine (or the Orbital Germ for short) holds them together.

“The old Pointstone is wearing out. That’s why there are so many quakes. Putting a new diamond in the Orbital Germ will get everything back to normal.”

A crackpot group called the League of Planetary Secessionists wants to get their idealistic hands on the blue diamond and take one of the planets out of the system and into its own.

They aren’t counting on the fact that the quakes caused by the old diamond wearing out are making the gravitational pull uneven.

“Just to be clear,” said Webrid, never one to do work that didn’t really need doing. “What would happen if we just let the planet fly off?”
“Everyone would die.”
“Well okay then. Good to know.”

Getting the blue diamond isn’t all that difficult—well, not much—but then the rock has to be cut. And after that, there’s an encounter with a reality visi-show host to get Webdrid as a guest on his planet-orbiting yacht, an army of a thousand attacking female Slofs with poison-soaked bones, more earthquakes, Stravin disappears, and the diamond won’t fit into the Germ.

More questions than answers. Where does RekRek Ree fit in? Is Kaforissin really alive? Why does Webrid’s cart keep blinking a code message which says, “Stravin, I love you”? And how can Zatell’s blood force the diamond to fit into the Germ?

This may be Webrid’s second adventure but it could be his final one if he can’t figure out the answers to at least two of the above.

In this sequel to Green Light Delivery, there are even more outrageous characters and unpronounceable names. There’s sarcasm, hairbreadth escapes, and if one looks closely, perhaps a bit of political satire.

Author Anne E. Johnson has a delightful (if dense) hero in Ganpril Webrid, who somehow always manages to save the day and the world in spite of himself. It’s a fun, slapstick kind of story, guaranteeing at least two laughs per chapter.