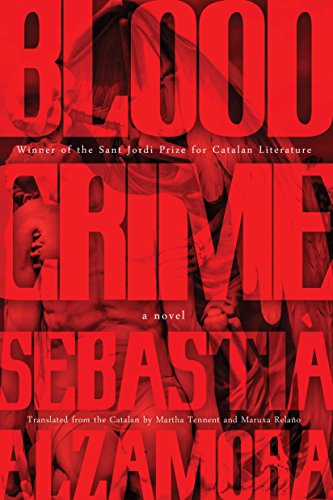 “one comes away with a sense of futility and a loss of sleep from reading on to the bitter end.”

The blurb from the book jacket of this novel states this story is narrated by  “a vampire thriving in the havoc of war” . . . well and good, except upon reading, it appears to be anything but.

The havoc of war is definitely present, but the vampire? Not so much.  Since this will probably be the main reason many people select this book, there are going to be some very disappointed readers.

In the midst of Spain’s civil war, a priest and a young boy are killed. The priest’s throat is cut with a knife, the boy is bitten. The investigating officer decides a vampire committed the crime.

Indeed, the opening lines of the chapter are written by a creature admitting this. After that, the story segues into one of fear, animosity, and betrayal within the priesthood, the Department of Investigations, and the FAI, the Spanish equivalent of the secret police, as well as the distrustful interaction between those three entities.

The original intent of the novel—if indeed a story of the supernatural was the original intent—is forgotten. Subsequently, the so-called narration by the vampire appears in only four places in this book of 300+ pages, as if the “vampire theory” is merely inserted to pique and entice the reader to continue.

An excerpt from a review states this novel has to be read twice, the second time to fully grasp its meaning.  Even a second reading may not completely help. There are too many characters giving their points of view, and too many undercurrents, with so much digression, it is truly difficult to remember which role is assigned to which person.

An abundance of questions arise which are never directly answered:

Who is the vampire? What does the artificial horse Hadaly created by the judge represent? Is the hiding bishop a predator or something more? Why does he insist on the 13-year-old novice composing a musical piece for him? Does Sister Concepció represent something other than a novitiate nun?

The more acute reader will undoubtedly suspect symbolism abounds in this book, but if so, it’s obscure enough the literal American mind can’t grasp. Making the excuse that it’s a translation from the Catalan, and something was lost in the interpretation, will only go so far.

While well-written, with the sense of being betrayed and the fear engendered conveyed with realism and detail, the adding of the “true event” purportedly inspiring the story compounds the theory that a war within a country is truly hell, though it does nothing to clarify the storyline.

Blood Crime may have indeed be an “unclassifiable novel,” but its overtones are more those of a psychological thriller or a historical narrative than a crime novel.

In short:  Whatever the cause, one comes away with a sense of futility and a loss of sleep from reading on to the bitter end. Indeed there is no ending, since the story simply stops in mid-sentence, and the end is nowhere in sight . . . or perhaps that’s the entire purpose, to show that war and its horror never truly end and monsters will always walk among us unapprehended.