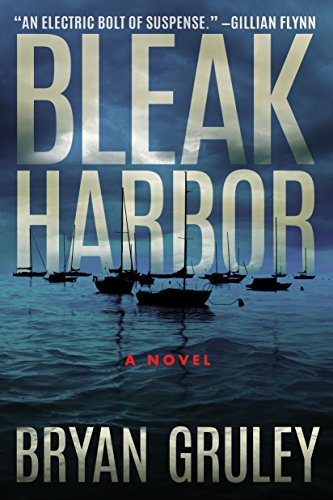 “a truly exceptional suspense story with a unique protagonist who isn’t to be underestimated.”

Carey Peters is a desperate woman. At this moment, she’s hurrying back to Bleak Harbor where she lives with her husband, Pete, and her son, Danny, in a town dominated by her mother’s fortune. Danny is autistic, at the high end of that spectrum of mental disorder, his thought patterns going beyond the norm, along pathways the usual human’s brain never takes.

Carey is in the midst of committing a crime, blackmailing her boss, in order to free herself and Danny from her marriage and her family’s dominance.  Tomorrow is Danny’s 16th birthday, and she’s going to take him away.

Things don’t work out the way Carey expects, for when she arrives home, it’s to the news that Danny has disappeared, and that’s where the terror begins and the revelation of years of Bleak family misdeeds.

Once before, Danny ran away and was found at an abandoned house, hiding. Carey’s certain the police will think he’s done it again. Soon, that theory’s proven wrong when the emails start coming in.

Who took Danny? Is it her boss, in retaliation for her extortion? Danny’s jailbird father, just released from prison? Someone else? Carey knows her mother won’t waste a cent of ransom on a grandson she considers a useless twig on the family tree. Husband Pete is too busy trying to keep his medical marijuana shop afloat and drinking away his profits at a local bar. It’s up to her to save her son.

Family sins begin to surface. Ransom messages make reference to “Jeremiah,” a Bleak son, possibly also autistic, who died in a boating accident labeled suicide, though others believed the Bleaks were ridding themselves of excess baggage. Soon, the messages are signed by Jeremiah himself, but that can’t be true.  What does the kidnapper know about the Bleak family skeletons? Is it true that Danny had been secretly communicating with his kidnapper?

Then the suspects as well as those possibly involved in the crime start turning up dead.

Danny can’t cope with the real world and she’s certain of it. But Danny is about to prove his mother, his grandmother, and the rest of Bleak Harbor wrong.

This is definitely a novel of suspense, interspersed as it is with flashbacks from Carey’s life leading up to the moment of Danny’s disappearance, as well as Danny’s own thoughts. Carey doesn’t really love Pete; she saw him as a good father for Danny and a steady home life for herself. Now, with Danny’s disappearance, her feelings are revealed. There are plenty of suspects, even Carey and Pete aren’t above suspicion, though Pete definitely isn’t a bad guy and in his own way cares for Danny and tries to protect the boy.

“The dragonfly skimming a flat line above the glassine surface of the bay, it skitters up as if on a wire and takes the first mosquito without slowing, cruelly efficient jaws and serrated teeth tearing while it plots a geometric path to its next target.

The dragonfly, its beauty as well as its ruthlessness, and Danny’s interest in the creature, becomes the motif of the story. With later revelations, the reader can look back and see a foreshadowing parallel drawn between boy and insect, kidnapper and victims, as well as a metaphor of something beautiful and harmless-appearing that harbors a potentially deadly entity. Who is victim and who is antagonist in this story? It could also be a warning to not underestimate those whose mentality takes different paths from our own.

This reviewer prides herself on weeding out the “villain of the piece” long before the author’s disclosure. Not this time. In Bleak Harbor, Bryan Gruley truly has an ace up his sleeve, for the person behind Danny’s abduction is, a surprise that will shock some while others will applaud its brilliance. It’s a truly exceptional suspense story with a unique protagonist who isn’t to be underestimated.