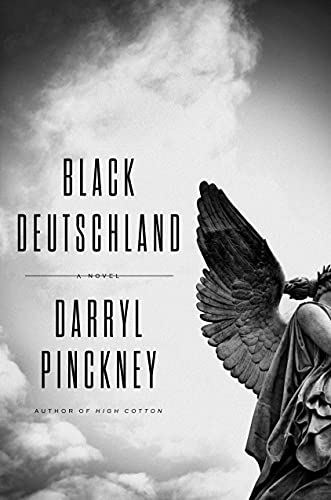 Set in the late 80s, Jed has escaped Chicago and the beginning of the AIDS crisis to return to where he experienced a hedonist paradise during his college days. Now he is trying to escape his past and black American heteronormativity.

Fresh out of rehab, Jed returns to Berlin to live with his cousin Cello (named by men for the curve of her body and her passion for music) and bourgeois mixed-race family. Jed has been offered a job by rising star architect Rosen-Montag in a moment of awkwardness when Jed admits to having been in rehab.

Cello demands Jed take an AIDS test before she allows him into her house or near her children. Already isolated by his gay status, Jed is further removed from the family by being given the maid’s room in the back of the extensive house. Cello is, as Jed calls her, the “Negro Achiever.” She has gone past what was expected of her and achieved the dream, and more: She went above and beyond Chicago.

Gay and black, Jed stands out in the city as an exotic figure, yet at the same time he is removed from their attentions. The boys of Berlin don’t clamor for Jed, despite the obvious desire Jed wears on his sleeve.

Author Darryl Pinckney writes with a strange enthusiasm of the awkward. Pinckney delights in jarring description: One of Jed’s conquests concludes in oral sex in which readers are told, “His sperm was very warm, as if his scrotum had a thermostat.”

Jed’s focus is split between the past and his present life. He recalls life with Cello, abandoned into his mother’s care, when she was fat and her name was Ruthanne, and his life in Chicago before he escaped to Germany.

There are layers in Pinckney’s writing that queer theorists and college professors will want to delve into if they can move past the stylistic challenges Pinckney presents. In places his metaphors and similes are spot on and in other areas they are awkward and yield nothing relatable.

Black Deutschland isn’t the typical fare either for fiction or GLBTQ fiction, though it will find a home among these titles. Fans of Christopher Isherwood will find much to enjoy in this novel, from the expatriate in Germany to the gay scenes, if they can accept the narrative style.

The story, told from Jed’s perspective, is narrated in fits—no characters really ever talk directly to one another, asides punctuate the pages in short paragraphs, and the setting isn’t ever really explained other than the feelings Jed has toward his surroundings. Everything is told in a fragmented style, much as Jed is fragmented and trying to piece himself together.

Readers would do better reading Isherwood for the experience of the gay scene in Berlin or E. Lynn Harris’ Invisible Life for a young black man’s journey of sexual discovery. This is a work of literary fiction and not escapism.