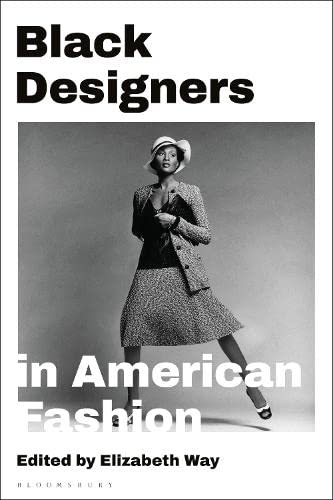 The cover of this fashion chronicle is an iconic and historic image of Beverly Johnson wearing a turnout by Scott Barrie and lensed by Francesco Scavullo. Mr. Scavullo was Caucasian while the other two parties were just starting to crest in the world of Black models, designers, and other creatives. it is essential to note that the year was 1974 and that Ms. Johnson was the first Black woman to appear on the cover of American Vogue; that should offer some context.

What is astounding is the reader will suddenly be drawn in to learn about the unrecognized achievements and accomplishments of Black designers starting in the 18th century and continuing in today’s world of fashion. Johnson’s cover altered the idea of American beauty, and she was without question a supermodel decades before the term was invented. Keep in mind it had only been 10 years since the Civil Rights Act was enacted.

With all that information the reader is about to discover so much and so many whose names are never uttered and whose contributions have never been noted by the fashion media. In many ways it is a sad commentary about the world of fashion, but the knowledge gained here is irreplaceable and found in no other publication.

This is not a coffee table book; this is a book that must actually be read in order to comprehend just how important Black designers have been and how in some cases made monumental and historical contributions to fashion. One might say the chronicle is a tad professorial, but on the positive side, it is most definitely heavily researched.