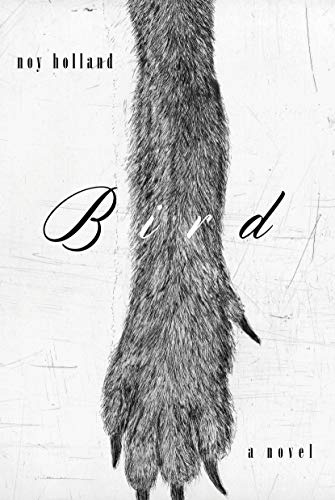 Powerful, exhausting, disturbing, raw, and totally original, it tunnels directly into the mind of Bird, a young mother and wife who is almost immobilized by her obsession with her abusive ex-boyfriend, Mickey, despite being married to a different and apparently loving man for 12 years.

The problem is that most of the time, this mind is not particularly interesting.

Many readers will have trouble relating to Bird’s fascination with Mickey and the love-hate—if not sadomasochistic and dangerous—relationship that lies at the center of this book.

Indeed, the novel begins with Mickey tying Bird to the floor while a candle drips hot wax on her, then returning hours later to hand-feed her custard, berries, asparagus, and cream—whether for real or in her fantasy.

“I keep dreaming you are up on the bridge in the rain and the city is wet and blue,” Mickey tells her later. “You’re all blue. It’s beautiful. You are. And I’m in you. I’m in you and the boat is like a ghost of a boat and the stars are like snow but frantic and burning out in your hair.”

If the sections about Mickey are too weird, the passages about motherhood are so passionately right that a reader will want to shout, “Yes! That’s exactly how it feels.”

For instance, as her baby daughter wakes, “Bird moves toward her, the sizzle of panic starting up in her chest: she is too slow, too late, she always will be.”

The story, told primarily in flashbacks, follows Bird and Mickey as they live hand-to-mouth in Brooklyn, first in Mickey’s car, then in “a place burned up by a voodoo drummer,” with leaking pipes, no heat, and a band that plays awful music “underneath their bed in the basement with the rats and the stopped-up john.” Mostly they spend their time getting drunk, getting stoned, having sex, talking about death, and climbing the Brooklyn Bridge.

After a miscarriage and the murder of their dog by the landlord (because they haven’t paid rent in months), the pair take a job driving a car to Wyoming. They make a vague plan to look up Bird’s aunt in Albuquerque.

But the job and the plan both peter out. Nearly broke, with Bird still bleeding from the miscarriage and also suffering from an apparently abscessed tooth—all described in painful detail—Mickey and Bird hitchhike for a while, carrying their belongings in big plastic garbage bags before finally returning to New York.

They briefly resume their life of scrounging and sex; however, despite his passionate declarations of love and death, Mickey abruptly dumps Bird to head to Florida with her supposed friend, Suzie.

With Mickey gone, Bird opts for stability, marrying a man Suzie disparagingly calls Doctor Said So. (Bird’s husband, like most of the characters, are nameless. Even “Bird” is a tag that Mickey gave the protagonist, not her real name.)

Watching her husband sleep, “his mouth crushed against his pillow,” Bird thinks: “I choose you . . . A good man. Dog and hearth and children, the lucky, lucky life they have.”

Bird is recalling all these memories over the course of one aimless, almost dysfunctional day. After sending her young son off on the school bus, Bird wonders if she should have kept him home, worrying that he could be hurt in an accident. She wanders around carrying her daughter, periodically pulling herself together enough to wash one fork and pay one bill, until the school bus brings her son home.

This debut novel’s greatest strength is its willingness to take chances and refusal to take the easy route. Bird’s thoughts, emotions, personality, and physical sufferings are shoved at the reader full-force, nothing withheld.

But will readers really want to know this intimately such a passive, unpleasant character? It is with that perspective that Bird might be considered a lost opportunity. All that powerful writing would be even more interesting with a more likeable protagonist.