Bill Cunningham: On the Street: Five Decades of Iconic Photography 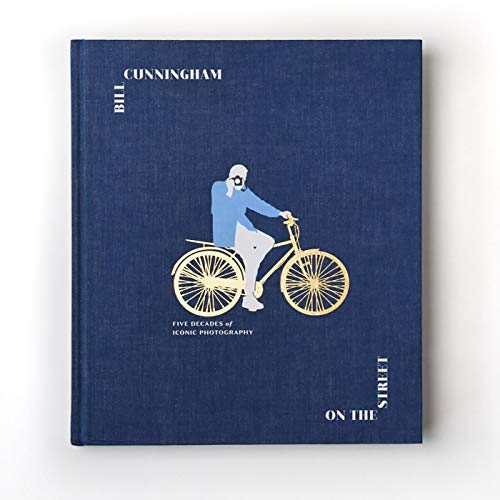 “anyone with an interest on fashion, photography, New York City, or Bill Cunningham should run out and buy this book; it is to be cherished.”

Without the slightest hesitation it can be said that Bill Cunningham: On the Street is a love letter written to New York City, to all of those who encountered him during this half century, to anyone involved or interested in fashion. Most of it is testament to a man who knew that fashion was on the street and not just on the runway. This is a visual diary and a photographic chronicle of Bill’s and his travels and his “fixation du Jour.”  There is no way that this book does not elicit a smile and possibly a tear because there never was and never will be another one to match Bill Cunningham.

The New York Times has provided all prospective readers with something no one source has ever been able to accomplish and that is to see fashion and its relationship to everyday people, celebrities, socialites, and those who just love the idea of getting dressed every day to hit the bricks.

This reader experienced somewhat of a flash back to times when Mr. Cunningham was staked out on the corner of 57th street and Fifth Avenue as well at every  social and fashion event that went on in New York City. He was as much a part of the New York fashion scene as any designer from Seventh Avenue or any fashion addict. He told his stories via a camera and with his pinpoint focus whether it was snowy streets or the heels of a shoe or the length of a skirt. Bill was a connoisseur of fashion and the street as well as being one of the sweetest and gentlest men you’d ever meet in the world of fashion.

To classify him or this book as being about or by a fashion photographer would be like saying SPAM is a kissing cousin to Beluga caviar. Bill was the cream that rose to the top, and no one ever had a harsh word to say about him; he was always with a smile and always in blue speeding by on his bicycle. He is sorely missed as much as we would miss seeing the Empire State building in the New York City skyline.

It's easiest to say that anyone with an interest on fashion, photography, New York City, or Bill Cunningham should run out and buy this book; it is to be cherished.