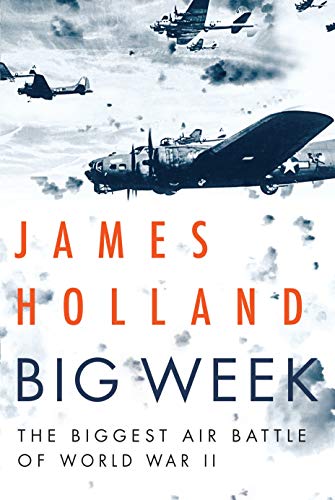 “This book does an excellent job of showing the impact of [the] bomber raids on the larger plan for liberating Europe and how the air forces made a major contribution to the eventual success of the Normandy landings and subsequent drive into Germany.”

The success of strategic bombing in World War II has long been debated. The interwar debate on the role of airpower, in particular whether air power alone could win a future war in Europe, was debated by air power advocates eager to avoid the battlefield slaughter of World War I.

The British and American air forces in particular pushed the primacy of heavy bombers as a war winning weapon, although each air force advocated a different strategy for using these new weapons. The Americans were proponents of daylight bombing, using the tactic of precision bombing to destroy German factories providing critical war material. However, the technology of the day was neither precise nor all-weather so most of the bombs missed their target. The British decided on a strategy of night bombing, preferring to embark on an area bombing campaign that put their aircrews at less risk, even if their bombing accuracy was even worse than the Americans’.

Neither of these strategies considered the inevitable defensive reaction of the Germans, who began building a massive air defense system that involved a preponderance of German fighters, tremendous numbers of anti-aircraft guns, and a sophisticated radar and command system. All of these led to heavy bomber losses for both the British and Americans during the first two years of their bomber offensive.

This is where James Holland’s highly readable and engrossing history of “Big Week” begins. The Allied forces under General Eisenhower were insistent on defeating the German Luftwaffe and preventing the heavy air attacks that plagued earlier Allied landings in Sicily, Salerno, and Anzio. While Germany had a large night fighter force to oppose British bombers, the main allied concern was the hundreds of daytime fighters.

After months of heavy losses, by the fall of 1943 not only was the Allied bombing strategy in doubt, but questions began to arise about the ability of Allied air forces to gain air supremacy over Western Europe before the planned invasion of France.

Holland tells this tale of “Big Week,” the five-day period of continuous air battles over Germany in February 1944 where the Allies determined to bring the Luftwaffe into battle and annihilate it. He does a marvelous job of weaving together the strategic planning, technical details, personal recollections, and battle narratives to provide a grim tale of sacrifice on both sides.

There are many tales to tell here; the accidental and fortuitous story of how the P-51 Mustang  became America’s premier fighter of the war and probably the most decisive airplane of the war, the stubbornness with which Allied and German generals clung to doctrine and tactics that were clearly obsolete, but most of all the courage of the Allied aircrews, nearly all under the age of 30, who climbed into their bombers that had minimal protection against both the elements and German fighters, trying to complete the required 25 mission combat tours.

Holland’s insightful analysis of the Allied air force commanders is really noteworthy. Even after suffering horrendous losses of Germany in raids during the summer of 1943, the so-called “bomber barons” continued to ignore the need for an effective long-range fighter. Only after the P-51 was introduced into service and showed its effectiveness in combat did these generals, under pressure from General Hap Arnold, the commander of the U.S. Army Air Force, decide to change their tactics and essentially use the bombing raids as bait to draw the Luftwaffe’s decreasing number of experienced fighter pilots into combat with a growing and increasingly capable American fighter force. The lack of Allied bomber forces unity of command is also astonishing, with the intervention of top British and American generals and politicians needed to finally get the American and British bomber commands to coordinate their bombing raids to put constant pressure on German air defenses.

On the German side, the grinding combat and increasing Allied air superiority meant that German pilots, as Holland noted, basically were in combat until they were dead or so severely injured that they couldn’t fly anymore. He notes that even though German aircraft production was never impacted as much as the Allies wanted, the lack of fuel, and most importantly, experienced pilots, eventually ensured the degradation of the Luftwaffe as a fighting force, particular over the critical Western front, including the planned Normandy beaches.

The destruction of the Luftwaffe as an effective fighting force came at a high price that week, 423 bombers and 28 fighters were lost, but the Luftwaffe lost over 500 German fighters and nearly as many irreplaceable pilots. During the following two months, the momentum from that critical week continued as more American fighters entered combat, and by the time the Allies landed on the Normandy beachheads, the Allies had essentially swept the Luftwaffe from the skies.

The air battles over Europe tend to be looked at isolation from the larger strategic picture of World War II. This book does an excellent job of showing the impact of these bomber raids on the larger plan for liberating Europe and how the air forces made a major contribution to the eventual success of the Normandy landings and subsequent drive into Germany. The bravery of these aircrews is remarkable given their attrition rates and tour lengths and they should be remembered for their contributions to defeating Nazi Germany.