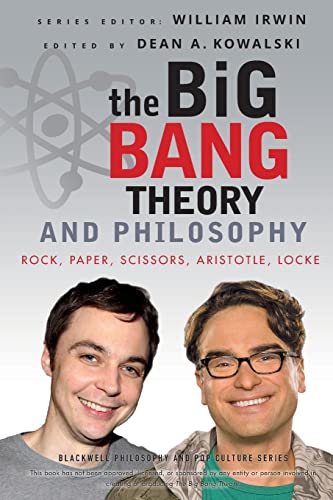 “. . . if you prefer your geek humor untouched by any of that fancy-shmancy edjumacated stuff, this book is probably not for you.”

Indulge me if you will with a short but poignant parable:

A very long time ago when “Saturday Night Live” was in its second or third season its writers went on a college speaking tour. One engagement happened to be at a college within walking distance from the school I was going to in northern New York. Although two writers were to be speaking, at the last minute one cancelled (claiming a cold), leaving the other unsupported.

In its early years SNL was a huge cultural phenomenon among college students and the writer gave her talk to a packed lecture hall, a few in the audience standing, all seats filled. After a few minutes talking about what it was like to work for SNL, she shifted gears to the craft of writing. And she lost the audience—in a very bad, car-crash kind of way—an oops I forgot to use my seatbelt pre-airbag way. The audience heckled. Then jeered. It was just awful.

The moral? This reviewer knows that funny is not the same thing as the philosophy of funny. And apparently so do the editors of The Big Bang Theory and Philosophy. They are honest—to whit, check out that “and Philosophy” part sitting right there in the title. If that isn’t enough, right on the cover there’s a disclaimer:

“This book has not been approved, licensed or sponsored by any entity or person creating or producing The Big Bang Theory.” Clearly, the show’s lawyers have demanded some distance from the firestorm of crazed fans who will be writing letters to the show demanding their money back for purchasing the book.

Yes, philosophy. The Big Bang Theory and Philosophy is a study of art that teaches us about life, an investigation of the ethical and moral philosophy of TV characters. The funniest parts of this book are the episode synopses and snatches of dialogue that the contributors of this edited set of essays refer to.

And though this book is about philosophy, it does exhibit some sense of humor. For example, from the introduction, “Yes, some philosophy books attempt to explain the nature of science and why it’s so important to study, but, inexplicably they do so without references to Darth Vader Force chokes, spherical chicken jokes or oompa loompa. Go figure.”

The essay/chapter titles are also humorous, with quotes from the series such as, “You’re a Sucky, Sucky Friend” and “Is It Wrong To Say I Love Our Killer Robot?” while the index is titled “Cornucopia . . . Let’s Make That Our Word of the Day.”

The contributing authors’ professions include pop culture enthusiasts, computer scientists, science writers, professors of philosophy, even a librarian. The show is about geeks and geek culture. It should be no surprise that the contributors are geeks as well. And also what should not surprise: Each essay is footnoted.

The separation between the humorous introduction and the less humorous “let’s take a serious look at what that means,” occurs right after the introduction. Each contribution provides the reader a sampling of dialogue, for example:

Penny: So, what’s new in the world of physics?
Leonard: Nothing.
Penny: Really, nothing?
Leonard: Well with the exception of string theory, not much has happened since the 1930s. And you can’t prove string theory. At best you can say, “Hey look, my idea has an internal logical consistency.”
Penny: Well, I’m sure things will pick up.

The dialogue is followed by more serious concerns such as, What is the good life? What is the right thing to do? Do free will and choice exist? How should we live? and more.

The contributors ask pointed questions in order to provide insight into differences in behavior between the real world and the virtual, gender roles, multiculturalism, friendship, and love. Episodes and character relationships are presented as examples of functional or dysfunctional relationships—between men and women, mothers and sons, scientists and religious fundamentalists (and often permutations thereof), insight into the nature of truth and morality—and often in the case of Sheldon, the failure to reduce complex social skills to formal matters of logic.

Many episodes show the pitfalls of living an unbalanced life, pushing us to discover more about ourselves by exposing alternative ways of life. The humor is in the gap between theory and practice, between moderation and excessiveness, and from the conflicts and contradictions that arise from confusing simple virtual relationships from the more complex face-to-face ones.

The most fascinating character is Sheldon Cooper. Sheldon is a living contradiction. He is contemptuous of the humanities but a lover of comic books. Sheldon is anti-religion but religiously scientific. He lives the life of the intellect to an extreme and would if he could, upload his brain and become a robot. Sheldon’s mother says this of Sheldon: “He gets his temper from his daddy. He’s got my eyes. All that science stuff, oh that comes from Jesus.”

One contributor asks the question, How would a philosopher compare Sheldon Cooper against the ideal set forth by Aristotle or “What is it to live the life of Sheldon?” Consider if you will, Aristotle on a warm summer’s night in ancient Greece, loosening up his Toga, not contemplating the stars but kicking back on a couch with an amphora (that’s a Greek vessel that can contain either dry or liquid materials) of retsina (that’s a Greek wine that tastes of pine—hence a liquid) to watch TV (that’s an anachronism, your analogy is fatally flawed, but continue) and philosophize about The Big Bang Theory (that’s a joke—Bazinga!).

Sadly Aristotle’s writing on comedy has been lost to the ages, but we do know a few things about him, in particular that Aristotle held poetry above history. Poetry speaks to the universal, while history speaks merely to the particular.

One may assume that Aristotle would have approved of comic books as comic books have been used as inspiration for questions about physics, time, causality, and personal identity. And though Aristotle would find much to admire in The Big Bang Theory, presumably he “would give Sheldon a mixed report card.”

Though friendship is a constant theme, Sheldon has a persistent struggle with friendship in anything but its most utilitarian form. As Sheldon says to Leonard, “You are my best friend. I’ve known you for seven years, and I can barely tolerate sitting on the couch with you.”

Sheldon is also a practical joker, capable of saying crazy things believably because he believes crazy things, yet he has trouble lying. It’s not that Sheldon can’t lie, but lying is one social skill among many that he lacks, “When I try to deceive, I myself have more nervous tics than a Lyme disease research facility.” So when it comes down to outright lies, he opts for complexity over sincerity and plausibility. He instead provides an “unravelable web” of supporting evidence—a web that always unravels.

Sheldon is rigidly beholden to rules. Like Hobbes (the philosopher, not Calvin’s stuffed tiger friend), Sheldon knows that rules prevent the world from descending into anarchy. Rules are the thin line that prevents the mass of civilization from living like hippies. Sheldon also exhibits an extreme view of science, scientism: the belief that there are no limits to science, especially in respect to human values. This is a belief also shared by his friends Leonard and Raj.

Leonard: Some physicists are concerned that if the supercollider actually works, it will create a black hole and swallow up the Earth, ending life as we know it.
Raj: What a bunch of crybabies.

We also know that Sheldon is not crazy because when accused he says, “My mother had me tested”—though the rest of us may continue to have our doubts. One essay informs us of a Times magazine interview with Jim Parsons, the actor who portrays Sheldon, that the scriptwriters said that Sheldon does not have a condition. Are the scriptwriters honest? If Sheldon were autistic it would be wrong to laugh. Autism is a spectrum disorder. Sheldon appears to suffer from its mildest form, Aspergers syndrome. Those with Aspergers have trouble with irony, sarcasm, figures of speech, and empathy—all of which are traits Sheldon possesses. As portrayed, Sheldon displays not so much a disability but a personality. His traits are en-abilities.

Sheldon’s worst trait is arrogance, told by Raj, “If you were a superhero your name would be Captain Arrogant. And do you know what your super power would be? Arrogance!” Arrogance leads to what another contributor calls the “Cooper Conundrum,” the intolerance of tolerance, which may be used for learning how to respect people we fundamentally disagree with. And some more dialog in illustration:

Sheldon: I will spend the rest of my life here in Texas trying to teach evolution to
creationists.
Sheldon’s Mother: You watch your mouth, Shelly. Everyone’s entitled to their opinion.
Sheldon: Evolution isn’t an opinion. It’s a fact.
Sheldon’s Mother: And that is your opinion.

Every superhero should get the archenemy he deserves. Sheldon’s archenemy is Wil Wheaton, portrayed as Wil Wheaton! The essay “. . . But is Wil Wheaton evil”?” refers to the episode “The Creepy Candy Coating Corollary,” and points out its many layered references including, Star Trek, The Next Generation (Wil Wheaton as Ensign Wesley Crusher), Star Trek II: The Wrath of Khan (Moby Dick), and Star Wars (“Perhaps Sheldon should do as Wil suggests and embrace the dark side even though that phrase isn’t from his franchise.”)

Among the philosophical questions addressed in this essay are, “What is evil?” and “What makes anyone evil in the first place?” The philosophers Leibniz, Voltaire, Buber, Nietzsche, and Arendt are referenced, and the need to distinguish purely evil acts from the merely inappropriate is highlighted.

Sheldon isn’t the only character put under a microscope for philosophical study. Raj has a pathological fear of women that he treats with alcohol and experimental medicine. Leslie Winkle is both sexually aggressive and not nice.

Wolowitz is almost 30, lives with his mother, and follows what one contributor calls the “doctrine of the swine”—at least he did until he fell in love with Bernadette, whereupon he experiences an epic role-reversal, but not without backsliding. The characters Penny and Leonard are identified as being the most normal but as one essayist notes, “It’s unclear what measure we use for abnormality here.”

Few of the contributors recognize the corner they have written themselves into by writing about comedy seriously. There quite are a few instances of unintentional humor via over-seriousness, one might even say Sheldonesque exposition. Several passages definitely deserve a “Bazinga!” though none occur.

And none of the contributors recognize that Leslie Winkle, Leonard, and Mary, Sheldon’s mom (Sara Gilbert, Johnny Galecki, and Laurie Metcalf) have previously worked together on the TV show “Roseanne.”

And none recognize that Mayim Bialik who portrays Amy Farrah Fowler, a character with a PhD in neurobiology has in real life, a doctorate in neuroscience! And only one contributor recognizes that the characters are named after real scientists and logicians.

Will reading all this philosophy ruin the TV show? No. Will it improve a viewer’s perspective? Well, if you like your humor footnoted with teachable moments then yes. But if you prefer your geek humor untouched by any of that fancy-shmancy edjumacated stuff, this book is probably not for you.