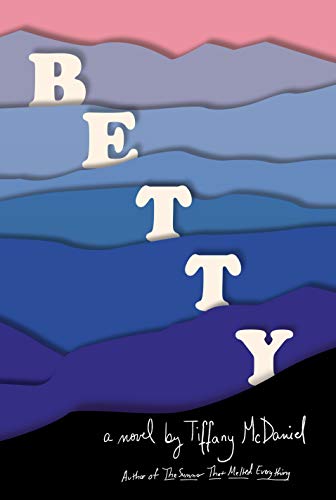 “We learn of a father’s love, a mother’s brokenness, disparity between brothers and sisters, yet, in the ugliest or most beautiful of exchanges, true kinship and bonds are discovered.”

Tiffany McDaniel deftly writes of her mother’s coming of age in the rural Appalachian hills of southeastern Ohio, in a tiny town called Breathed. Betty Carpenter is born in a bathtub in 1954, the child of a mixed marriage between a white mother and a father of Cherokee lineage. She is the sixth child of eight siblings. Betty, affectionately called “Little Indian,” by her father, is loved deeply by him. He is the one she gravitates toward, spending much of her time with him while learning the Cherokee ways and beliefs, as well as the language through his unique stories.

“My heart is made of glass, Betty, and if I ever lose you, my heart would break into more hurt than eternity would have time to heal.”

It is her father who grounds her, while her mother, Alka, has many demons terrorizing her soul, and is often on the verge of a mental breakdown. On Betty’s ninth birthday her mother shares an event that took place when she herself was only nine, a part of her history that is particularly brutal.

“A girl comes of age against the knife. She must learn to bear its blade. To be cut. To bleed. To scar over and still, somehow, be beautiful and with good enough knees to take the sponge to the kitchen floor every Saturday. You’re either lost or you’re found.”

From that moment on, after learning this particular story of her mother’s past, Betty is forever changed in the way she sees her. Betty loves her, but her mother’s honesty scars her in ways she doesn’t yet know.

“No matter how beautiful she was on the outside, she was troubled, torn, and already gone to me in a million different ways, even when I thought she was right in front of me.”

But it’s not just her mother who harbors terrible truths, and as Betty grows up learning of the other dark secrets kept tucked away within her own family, she begins to cope by writing down the most painful ones, sealing them into jars, and then burying them deep in the dirt near a special spot she and her sisters call The Faraway Place.

The violence within her family also extends outside of it. Often taunted by schoolmates, and even the adult educators in the school system, she is relentlessly persecuted and subsequently ostracized because of her deeper skin tone, as was her father throughout his life.

“With both hands on the glass, I begged a higher power to make me as beautiful as I believed I wasn’t. Make me look like the girl in the magazines. Give me her blue eyes. Her blonde hair. Her skin, white enough to be loved.”

As Betty reveals the soft underbelly of the relationships with her family, the best and worst of them are revealed during a time when a young girl of a different background believes she can only exist on the outskirts of life, looking in. As she grows older, her self-awareness reveals a change of heart that is compelling.

Tiffany McDaniel writes of her mother Betty’s life, as it was, in a harsh and oftentimes brutal world. Despite this, McDaniel shows that her story is not without beauty, from the descriptive prose revealing the lovely landscape, hills and backwoods of Ohio, to the emotional and oftentimes heartwarming and inspiring events between Betty’s parents and siblings. We learn of a father’s love, a mother’s brokenness, disparity between brothers and sisters, yet, in the ugliest or most beautiful of exchanges, true kinship and bonds are discovered. Through the wonder of baring the past, light is shed into the deepest, darkest corner of their fractured lives, and mends what has broken them. For all of the unkindness and sorrows shared within these pages, Betty is truly a story not to be missed.