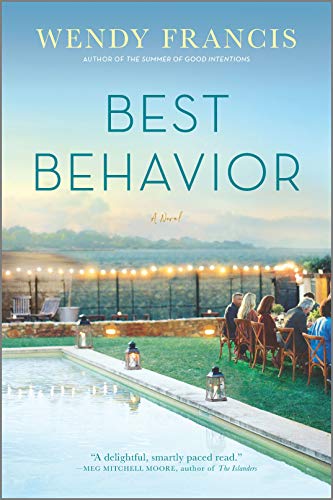 Many of today's families are blended with step-siblings and half-siblings. Sometimes this combination works well, other times it doesn't, for often, there is resentment and jealousy among those forced into changing their lives.

Meredith Parker, mother of twins was married to Roger Landau for 15 years when she gets replaced by a younger and sexier trophy wife. After spending 13 years of her marriage raising her beloved Dawn and Cody, she is relieved to be free of her often-absent and egotistical husband.

Roger is a gregarious, well-to-do attorney who spends all his time working. Resentful after his children are born because he believes they are taking Meredith's time away from him, he seeks out adoration from other women. Though he loves his kids, he feels abandoned by Meredith, who not only raises the twins but works as a full-time NICU nurse caring for at-risk infants. She can only stretch so far.

Meredith, now married for seven years to Joel Parker, is content. Joel is a burly counselor working with troubled youth at a high school outside of New Haven, Connecticut. Not only does Joel adore her kids, but he also puts the family and Meredith first in his life, yet he still gives his career 100 percent, for he relates well to youngsters and has empathy for them.

Now the twins are grown and about to graduate from Bolton College in the Boston area. This is where Meredith graduated, and she's proud they decided to attend her alma mater. Studies come easy for Cody, and he shines as a star athlete, whereas Dawn has had to struggle in every class she attended. Now they are ready to start a new life: Cody accepting a position to teach history in North Dakota, while Dawn is headed to Chicago to work for an ad agency. Meredith, both proud and excited, is also starting to feel the "empty-nest" syndrome, even though her offspring have been away at college for four years.

Excitement abounds as Joel, Meredith, and Meredith's mom Carol head to Boston for a long weekend of activities. Joel, ever conscious of his wife's feelings, hopes things will go well as he knows only too well the friction between her and Roger and Lily, his young wife of six months. Roger's parents and brother will also be there, and they always deemed Meredith was beneath their son.

Meredith splurges and reserves rooms for them at the Boston Harbor Hotel to enjoy the luxurious accommodations. She wonders if Lily will outshine her with her younger sexier body, but she reminds herself this is the kids' time and not to concern herself about Lily and Roger. Even though she holds no remaining love for Roger, anyone could understand why she'd be ambivalent about this gathering.

The night before commencement, at the awards banquet, both Dawn and Cody believe they will win something: him for athletics and her for her scholastic achievement after she worked so hard to make the dean's list. But they are surprised when neither of them wins a coveted award, especially when Dawn thought she was finally upstaging Cody.

Enduring the blustering heat and humidity which is unusual for this time of year, everyone tries to be companionable and get along. Roger shows up unexpectedly at the banquet. Friction mounts between him and Joel as to who "possesses" Meredith. Happy Lily isn't present; part of her enjoys the "boys" trying to mark their territory.

Meredith wants the weekend to run smoothly, but as with a combative group gathering, this is not the case. The graduation itself holds some glitches, and there is speculation if Cody will receive his diploma. They all end up in the dean's office and Joel is worried about his stepson and chastises himself for not paying more attention to him.

The day after the ceremony, Roger and Lily host a lavish party for the twins at their pretentious and opulent mansion. Meredith believes their set up would be more suited for nuptials than for a graduation and reflects on the day she married Roger:

"In contrast, she remembers more about her and Roger's wedding day and less about their years together as a family. Maybe it's because Roger, determined to log the insane hours to make partner at his firm, was so seldom around when the kids were young. Or maybe it's simply because when she'd married him, she was young enough to care about the details of her wedding day. Naively, she'd assumed that a beautiful wedding ensured a beautiful life together."

Now, she's come full circle and realizes she and Roger were an imperfect match. And he now has Lily, a young wife he can parade around as his mid-life crisis. Lily wants nothing more than for all of them to be one big happy family, but hostilities abound as she and Meredith clash.

Is Lily hoping for too much and trying too hard? Later circumstances show a perspective into the relationship of everyone, and the party quickly winds down.

Written with aplomb and style, Best Behavior gives a peek behind someone else's closed doors showing the vulnerability of all concerned while offering well-written prose and a cast of characters to whom many can relate.