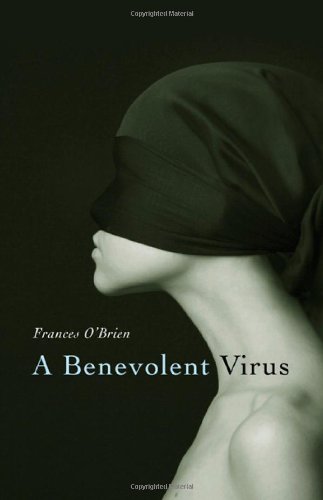 Near-death experiences (NDE) are fascinating. We want to know what will happen to us when we die, and especially what it will be like in that moment when, as some say, we “cross over.” The narratives we do have suggest a common experience that embodies light, peace, and tranquility.

The stories in this novel are consistent with other descriptions and in that sense they add little to what we already know. Sharing fictional stories as opposed to nonfiction narratives, as Frances O’Brien does in A Benevolent Virus, puts something of a new spin on the subject and for that she is to be applauded. Still, for a topic of this nature and intensity, one might hope for more. What, for example, would a writer like Ian McEwan or Kazuo Ishiguro have done with this material? Would this particular work have been more effective as another nonfiction piece that elaborated on after-death phenomena? Would the described experience be the same for someone less sympathetic than the regular, nice people we meet in this book?

The novel, less than 150 pages, alternates between two main characters. Ann Richards is a successful, affluent TV personality whose life is turned upside down after she has a near-fatal car accident. Daniel Breton is a former Marine who is almost mortally wounded while fighting in Iraq. Because of that experience, he sets out to interview others who, like himself, have had a near-death experience.

Richards’s story is the more compelling, and its narrative structure stands up to scrutiny better than Breton’s. We follow the trajectory of her post-accident experience as she begins a transformation that no one seems to appreciate or understand. Her husband, mother, and colleague all think she is going crazy as she tries to come to grips with what happened to her; somewhat unrealistically, she even endures a short stint in a psychiatric ward. But she plods on in a story that cynics might have titled “Portia Faces Purgatory: A Spiritual Odyssey” until she meets a scientist, who having had his own NDE, validates her experience.

Breton takes both a physical and a spiritual journey as he travels around interviewing people who’ve had NDEs in order to better understand his own experience and his best buddy’s suicide. Of course he ultimately finds his way to Ann Richards. The convergence is a nice touch, if a bit of a Deus ex machina.

O’Brien has never had a NDE herself, but says she became fascinated with the topic after learning that Dr. Kenneth Ring, a pioneer in the study of NDEs, described it as a “benign virus” that can be instructive and transformative. Although the book is fiction, she says, she conducted substantial research and did not allow the fictional nature of the work to compromise the accuracy of near death experience accounts. “The writer in me could not help but wonder at what the potential consequences of such a dramatic turning point might have for the lives of those whose understanding of reality has been challenged at such a fundamental level.”

That effort is commendable, but it leaves us to wonder what the potential consequences might have been for readers if the turning points described had been more dramatically rendered at a fundamental level.

Elayne Clift’s award-winning short fiction has appeared in numerous literary magazines and anthologies. She has just completed her first novel, Hester’s Daughters, based on The Scarlet Letter. She reviews fiction as well as nonfiction for the Brattleboro (VT) Reformer.