A Bend in the Stars 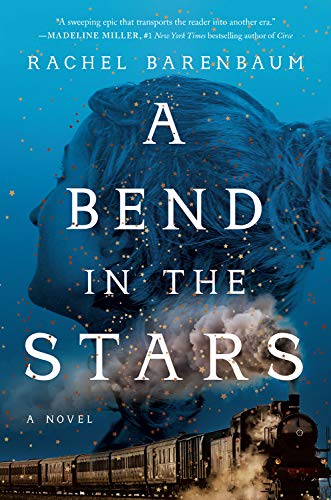 “A Bend in the Stars is a thrilling read that sends a chilling message as to how history could repeat itself if we don’t heed the lessons of the past.”

A race to prove the theory of relativity, a Jewish family’s struggle to escape Russia, and a love triangle converge in Rachel Barenbaum’s sweeping epic, A Bend in the Stars. This thought-provoking and compelling historical novel focuses on a not so well-known moment in history: Russia in 1914. Antisemitism was rampant, World War I was on the horizon, and Einstein was on the verge of proving the theory of relativity by photographing an upcoming eclipse in Kiev. Luckily, Russia turned him away at the border; at that time the math to support his theory was incorrect, and had he succeeded in taking the photograph he might have assumed his theory was wrong, too.

Barenbaum takes this quintessential moment and poses a historical what if.  What if another Jewish scientist had the correct equations, took those photographs, and beat Einstein to proving the theory of relativity? And what if he lived in Russian where Jews were in peril?

What ensues is the spellbinding tale of Vanya Abramov’s quest to solve the equations, get that photograph, and get his family out of Russia—and his sister Miri’s dangerous journey to rescue him and his life’s work when things go wrong.

When the novel opens, Miri and Vanya are living with Baba, the matriarch of the family, in the Russian city of Kovno. Vanya is a brilliant young physicist, while Miri is one of Russia’s first female surgeons and is engaged to her mentor, Yuri. They live in relative comfort thanks to the fact that Vanya has been designated a “Useful Jew” by the czar.

But Baba, a respected matchmaker in the Jewish community, knows that even with their special status they are not safe from the pogroms and antiSemitism in Russia. With Jews being beaten and left on the street to die, Baba must bribe the neighbors to protect her family. War is imminent, and Jews will be first in the line of fire. The Abramovs wrestle with the decision of whether to stay in the world they know or make the risky the journey out of Russia.

Vanya believes that if he can photograph the eclipse and prove the theory of relativity, he will be able to get his family out safely. He and Yuri set out on that perilous quest together. When they go missing, Miri embarks on a dangerous mission to save them with Sasha, a handsome Jewish soldier who has defected from the Russian army. From the moment they begin their parallel journey, the novel takes off and the pace never lets up until it reaches its unexpected and satisfying conclusion.

It seems fitting that they journey mostly by train, given that Einstein’s theory of relativity arose out of his work at a patent office to synchronize train schedules. Barenbaum’s characters sleep on trains, jump on moving trains, roll off moving trains, dance on trains, dodge death on trains, and agonize over train schedules. Vanya does much of his work to solve his equations on trains in a literal race against the clock to prove the relativity of time.

Physics and math are not typically thought of as thrilling, but Barenbaum threads the science throughout this page turning tale quite smoothly. Vanya’s realizations, like Einstein’s, often arise from the world around him, and the novel brings abstract concepts like the curvature of space or the bending of light to life with real world examples like this:

“Imagine you’ve put a blanket on a laundry line . . . A child stands behind the blanket and sticks her hand into it so you see her fingers’ profile on the opposite side. That sheet is equivalent to space. The hand is equal to a star or even a galaxy.”

As Barenbaum’s characters confront one obstacle after another, they also battle obstacles within themselves. Vanya must fight his lack of confidence and despair as he struggles to solve his equations in time, and ultimately faces an even graver foe: the demonization of science in the world around him.

Miri, a woman who is truly ahead of her time, is torn between her feelings for Sasha and for Yuri, and between her dawning independence and her need to sacrifice her personal ambitions to save her family. Yuri, another complex character, hides a maelstrom of rage beneath his carefully composed façade.

A Bend in the Stars focuses on a dark chapter in history, but also contains many life-affirming moments of hope and beauty. This exquisite description of Kiev serves as a reminder of all we stand to lose in times of war:

“Hulking marble buildings glittered as if they’d been kissed with gold, crowned with red and green tiled roofs. A church’s five spires reached up toward the sky like a lady’s fingers bedazzled with jewels.”

Like the best historical fiction, Barenbaum’s novel not only shines a light on an overlooked historical moment, but also provides a new lens through which to view our own time. It is impossible to read this book without thinking about the current resurgence of antiSemitism and distrust of science we are witnessing today. That time when Russia persecuted Jews and plunged into a devastating world war, and when Einstein’s theory of relativity was poised to change the course of history, may seem far away, but it is appropriate that this novel is bookended by chapters that take place in the present. A Bend in the Stars is a thrilling read that sends a chilling message as to how history could repeat itself if we don’t heed the lessons of the past.