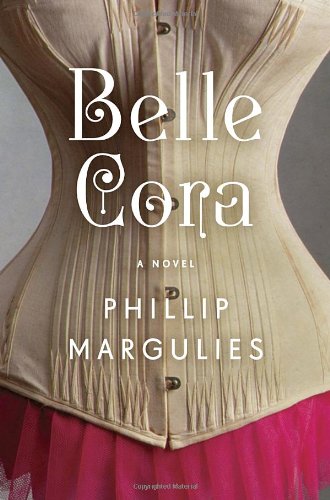 The astonishing success of Phillip Margulies’ first novel is not accidental.

Such popularity (“It’s such a good read!”) is exactly because there is a talented author writing about what he understands, whether that is politics, medicine, science, or history. In the case of Belle Cora, Margulies is knowledgeable about these things, having written about many, and he is especially informed about history and science. This knowledge adds reality to all aspects of his historical romance.

The story of Belle (a woman with many aliases, usually chosen to fit her mutable situation) begins in her early childhood, during which she enjoys pampering and care. So she is shocked when both her parents suddenly die: her mother was an invalid to start but her father commits suicide under questionable circumstances.

Undeserving of poor treatment by a miserly grandfather, Belle is sent off instead to hard labor at an unsuccessful farm run by austere, unfeeling farmers. Through the book, her enemies are two jealous cousins, Agnes and Matthew. They appear now and then, always bringing complications or trouble with them.

The farmers are empty of good feeling and do not care for Belle. For instance at a fairly large neighborly event, two sets of parents watch without emotion as their respective sons engage in raw and serious fighting. Although the situation worsens, Belle does meet Jeptha, the kind local boy who will become her lifelong love.

Managing to leave the farm, Belle and Lewis, her younger brother, escape, and Belle finds work in a dirty and demanding textile mill. Again she survives, this time joining the lower classes of New York. Leaving her past behind her she becomes an upscale prostitute in New York society.

Yet her yearning for Jeptha is so strong that she throws off her New York experience and slips into a life of lies and deceit. Times are awful: Belle meets the wrong people, and interfering relatives keep her from Jeptha.

Margulies pays close attention to the development of Belle’s chameleon-like character and the sudden changes in her life (and name) seem natural. Her decisions, often against the odds, or against the social mores and laws of the time, fit well with the personality he develops.

Margulies’ choice of writing Belle Cora in the first person is a heroic choice. Her words change appropriately depending on her circumstances and her condition. Further, the author writes dialogue very well.

There is a large number of well-defined characters in the nearly 600-page book, and Margulies does a grand job of keeping track.

Finally, Mr. Margulies is talented in choosing settings of new York and San Francisco; and he captures the early 19th century with authenticity. To do so, he dissects layers of society and enterprise, writing about food, vocation, education, family ties, industry, primitive medicine, and even sex education. Consider birth control, “Lunar pills,” hidden, but available from certain madams.

Belle Cora is hard to put down for it is good fiction, providing a window into history. Phillip Margulies has written what should prove to be a bestseller.