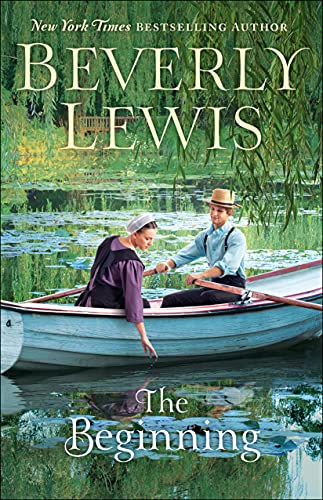 Susie Mast is still grieving and devastated by the loss of her brother Eli many years before. His horrifying screams and broken body constantly plague her though more than a decade has passed. She cannot help but recall that fateful day when Eli was struck by an "Englischer" drunk driver and killed on the side of the road.

Since this tragic accident, Susie deals with losing her beloved father and takes on the care of her younger adopted sister, Britta, and her mother, whose health is failing.

In her twenties, Susie learns her dear friend Obie Yoder may be leaving their Amish community to become an apprentice smithy with his uncle. A trade Obie always longed for, Susie is happy for him, but she is in despair at the thought of his leaving, having loved him since childhood. When he informs her of his opportunity, she will not disclose her true feelings, for that is not the Amish way.

"'If I take the job—and I'm leanin' toward it—I’ll try to keep in touch with you, Susie.'

"He'd write to me? Something welled up in her, and she suddenly wanted to share her heart. But she couldn't do that, not when he had always treated her more like a special sister. She refused to make a fool of herself. It could ruin their friendship for certain, and then how would she feel?

Meanwhile, Delmar Petersheim, a young man from Susie's community, takes a shine to her. They go out in his "courting buggy" a few times, but she does not love him as she does Obie. Caring only for Obie, Susie wonders with him leaving if she's destined to be an old maid. Could Obie think she's interested in Del and will not want to stand in his way? Are his feelings only sisterly toward her?

Time passes, and Susie devotes herself to caring for her mother and sister, the farm, and crafting her unique family trees for which she receives many orders. Harvesting, canning, cooking, and household duties keep her busy and removed a bit from her heartache.

Soon, Susie becomes concerned when Britta starts questioning her adoption. Not wanting to bother "Mamma" for details because she is not well, Britta agonizes over why any mother would give up their baby. Will she ever learn the truth?

Mamma tells her she needs to wait until she's older before telling her the circumstance of her adoption, so she talks to Susie, who replies:

"Susie reached for her hand. 'I'll never forget how you snuggled into my arms, Schweschder. Like we were meant to be sisters. I grew very attached to you and wasn't ready to lose you after the foster care came to an end.'

"Britta smiled pensively, like there was more on her mind. 'When Mamma told ya my name, what did ya think?'

"'It was such a perty name for a perty baby. And I s'pose I should have guessed you were born to an Englischer—you were dressed that way, the first day—I never learned for sure. Guess it didn't matter to me. I was just so glad to have ya to love.'"

Every year on the anniversary of Eli's passing, Susie returns to the site to plant flowers. Does she believe she is responsible in some way? Why would she continue to grieve for so many years?

And, now, why is Britta feeling lost and unwelcome with the family that loves her dearly?

Two years pass since Obie's departure, but he returns home on a few occasions, which only adds to Susie's heartache. Though she is happy to see him, it only shows her his love is not for her, especially when she learns he is betrothed to another.

Susie toils long hours to take her mind off her woes, and when Mamma becomes ill and goes to live with Susie's brother and sister-in-law in another state, she wonders what will become of her and Britta.

The Amish dialect is often used along with information about the lifestyle, giving the reader insight into their distinctive ways and lifestyle.

Though The Beginning contains unanswered questions, secrets, and sorrow, the premise of this endearing novel is the power of prayer and faith. The Amish, depicted as forgiving, peaceful, and loving people put all their trust in the Lord, and in the end, He proves that He knows what's best.