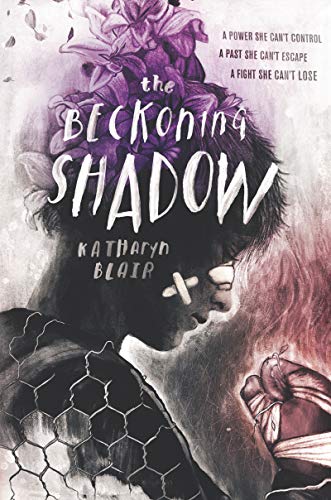 “Trying to hide or control powerful magic is not an uncommon theme in young adult literature; melding that theme with a fight club scenario is unique and makes for a good read.”

Two kinds of people inhabit Vesper’s dark and murky world: Baselines—normal humans without magic and Oddities—humans with it. Vesper is a Harbinger, an Oddity with the ability to reach inside your chest, yank out your worst fear, and bring it to life. It’s a dangerous power, one that can easily backfire, as she knows only too well.

“It’s been twelve months since I saw the last ‘Missing’ poster with my face on it. It’s been nine since I saw my face on the news.” Vesper’s been on the run ever since her magic accidentally destroyed her family. She’d do anything to change the past, which we learn about through flashbacks. And she must hide—always—from the Wardens, self-appointed guardians of Baselines and nemeses of Oddities.

Vesper’s wish to turn back time becomes a possibility on a foggy night in San Francisco when she gets stranded in a bus station. Vesper and a fellow passenger run into a violent robbery in progress in a nearby coffee shop. Sam, the boy with her, tells her to stay back, that he’ll handle it. But nothing can keep Vesper from interfering when the robber hits the waiter in the head with his gun and then points it at Sam.

“I feel something spring from my palms. Before I can stop it, it snakes across the room and locks on to the intruder’s chest. I see underwater—a tumble of ocean—the roar of the waves.” Vesper discovers the robber’s deepest fear: his memory of nearly drowning when he was a child. She uses the fear and water to stop the man, but she can’t control her magic. The water creeps up his chest, but soon the café is also filled with water and everyone is in danger of drowning.

With great difficulty, Vesper and Sam manage to escape the flood. Cold, wet, and broke, Vesper has nowhere to go. Reluctantly she goes with Sam when he offers her a room at the gym where he trains. Over the next few weeks, she becomes proficient in martial arts, and makes a few friends for the first time in more than a year.

Sam takes her to a fight club where Oddities battle one another. Vesper proves herself up to the dangerous undertaking. Some Oddities can turn to stone, or make things disappear, or shoot out darts or fire from their fingertips. Many of these abilities are unfamiliar to Vesper. Her dad was also a Harbinger, but was stripped of his power by a Ripper—an Oddity who can permanently remove another’s magic—and left barely alive. Vesper doesn’t know that she, too, will run into a Ripper soon.

The fight club event organizer, Anania, announces the Tournament of the Unraveling, in which the winner receives one million dollars and an unraveling—a do-over, a chance to rewrite the past. Vesper enters the tournament, ostensibly to take the money and give the unraveling to Sam, who is desperate to get back his lost love. What she really plans to do is use the unraveling to heal her own past.

At the book’s end, Vesper and Anania face each other in the ring. But he is not who he seems, and his powers are myriad. “I waste no time,” Vesper says, “letting my magic slip into his chest. I get hold of his deepest fear before it slips though my fingers.” It’s a challenging battle because Anania has the power to Shift and can assume the face and form of others.

The rewarding and somewhat surprising ending partially staves off the darkness of the rest of the story. Trying to hide or control powerful magic is not an uncommon theme in young adult literature; mixing that theme with a fight club scenario is unique and makes for a good read.