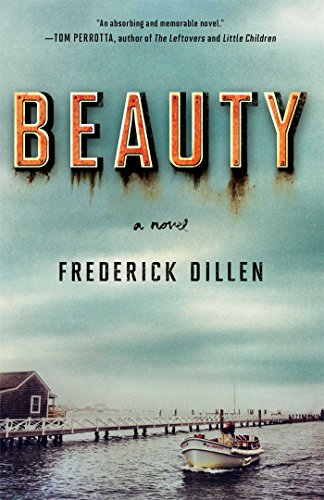 “Despite its sometimes underwhelmingly brief prose, Beauty is one of the better fiction offerings for readers who want an easy read that also offers some insight into the way business executives think.”

To its credit, the novel Beauty is not a clone of the many other recent Wall Street thrillers. Its virtues—and its weaknesses—are both somewhat unusual.

For starters, the protagonist—vulture buyout specialist Carol MacLean— is “a woman well past fifty,” not a twentysomething male like the ones usually dominating financial tales. Thus Beauty is not overflowing with sex, drugs, booze, expensive cars, four-star restaurants, sex in expensive cars, drugs in expensive cars, and so on.

Tall and bony, Carol is also not a typical romantic heroine (although her romance with a Massachusetts fisherman named Easy Parsons is one of the book’s main subplots).

So far, so good. It’s about time that thoughtful, practical, no-longer-young-or-ravishingly-sexy women had a starring role—and perhaps are even allowed to dream a little.

Carol doesn’t dream only of kissing Easy Parsons. Far more important is her dream of running her own company after a career spent stripping the assets from struggling businesses and then “burying” them.

It seems that Carol will finally have her chance when her employer, the New York City buyout firm Baxter Blume, sends her to shut down a seafood processor in the hardscrabble coastal town of Elizabeth Island, Massachusetts. Rather than shutter the company, however, Carol decides to revive it.

Her amazingly fortuitous luck at raising money, enlisting support from the town folk, making political connections, and even finding a hidden cache of valuable fish constitutes one of the novel’s worst flaws. Almost as soon as a problem is raised, it is solved.

Will the fish plant’s sleazy former managers succeed in getting the harbor rezoned and then selling the plant to out-of-town hotel developers? Nah. Carol gives a moving speech that immediately persuades the town council to reject the rezoning. Next page, please.

And the author’s no-fancy-words-here style can get a bit too Hemingwayesque. (Perhaps it’s a thing with writers inspired by fish and fishermen.)

Despite its sometimes underwhelmingly brief prose, Beauty is one of the better fiction offerings for readers who want an easy read that also offers some insight into the way business executives think. The author no doubt has culled material from a long career that has combines his work as a waiter, publicist, and hotel manager with his award-winning novels and short stories.

Author Dillen also makes some important points about the relative value of different kinds of job creation and how environmental protection can coexist with industry.

In the end, Carol’s romantic dream about saving a fish plant is far more endearing than her “strong grip” while holding hands with Easy Parsons.