The Beast: A Novel of the Black Dagger Brotherhood 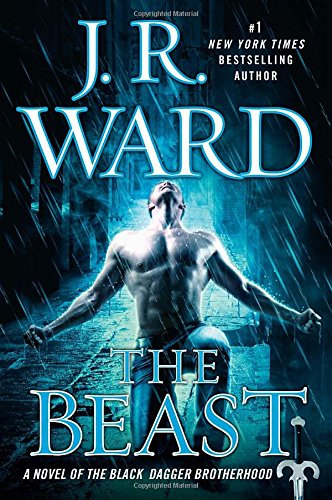 “Ward is a master of her craft.”

With a death prophecy, the emergence of a monster, and buckets of putrid black blood, J. R. Ward’s Black Dagger Brothers come roaring back in The Beast. The 14th book of Ward’s wildly popular Black Dagger Brotherhood (BDB) series is a refreshing return to the series’ tightly focused, character driven roots.

The aristocratic vampires of Caldwell, New York, are in a chaotic flux following the decimation of their traditional enemy, the Lessers, in Ward’s last BDB novel, The Shadows. The brotherhood is still in the process of wiping out the last stragglers of that cursed clan, but a new threat from lesser aristocrats and a band of Old World vampires is rising.

The Brothers are also facing personal crises as the family grows to include children and various significant others. Rhage, subject of the second book in the series, is back in the spotlight. His personal, and very literal, monster is becoming harder to control; compounding his stress is worry that his mate is drifting away from him. Other members of the family, though not featured, face their own struggles in the course of a story that builds its conflicts and relationships solidly, block by block, and then races to a satisfying conclusion.

The Beast shows J. R. Ward in fine form once again. Characters that were becoming stale and one note or buried in over complex plotting in the last few BDB books are once again fresh with the addition of new concerns. New facets of their characters are revealed in The Beast, refreshing the series and making the next book in the series a must-read for fans.

Ward shows a lovely touch for dialogue, as ever. The Brothers are sassy and intelligent, tossing witty barbs as easily as sentimental compliments. Even the newer characters are fully fleshed beings with both positive and negative aspects. As a bonus, the story is very funny at times, adding to the “humanization” of Ward’s vampire heroes. There is one particular bathroom scene that is utterly hilarious—just one scene of many.

One aspect of the BDB books that never fails to entertain is in the action scenes. Ward is deft in her description of battle, giving a good sense of the overall chaos in the vignettes she peppers throughout the war narrative. It’s refreshing to read men written as masculine without being romance novel caricatures. These are warriors, but they also love their families and would die for each other. We are allowed to see that not through “wordy protestations of love,” but by their actions.

Aside from the looming threat to the Brothers’ role in vampire hierarchy, this is a novel tightly focused on family and what that means, particularly when children are involved. Ward faces the issue of whether children are necessary in a relationship/family head on, having her characters talk out what has become a cultural sore spot. This could have been a catastrophe in a “light” romance novel, but Ward has never been all about light or romance (despite the genre). The various conversations between family members are handled well and sensitively, and she deserves kudos for that. “Life without you is a tragedy,” Rhage declares. “Life without our young? That’s . . . well, it’s just a different path.” And Ward’s Brothers are all about “different paths.”

The Beast is a joy of a novel. Ward’s plotting is clean of the complexities imposed by the extended battle with the Lessers, allowing her Brothers and their mates to shine. For those looking for sex, it’s there and hot, but J. R. Ward isn’t satisfied with titillation alone. She wants to draw the reader into a saga of battles, glory, sorrow, and, most importantly, love of family. If this story was about humans instead of vampires, Ward would be as beloved as Gabaldon. It’s a crying shame genre fiction isn’t given the attention it deserves, because Ward is a master of her craft.