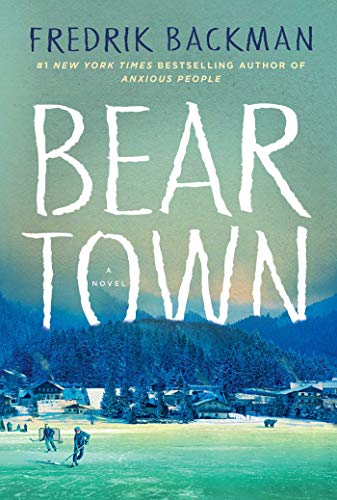 Fredrik Backman puts out some of the most human novels. Each and every work is carefully, delicately crafted, delving into the emotional depths of individuals that one might not look twice in real life.

In A Man Called Ove, his main character is a grumpy old man that most people would be annoyed by. But by the end of that book, the reader is enamored with Ove, feels his grief over his wife, and overjoyed whenever he is besieged by his new, unique “family.”

Beartown is no exception in this regard, a hard feat to achieve given the fact that the novel follows the story lines of at least ten different characters. In fact, Backman reaches new heights with Beartown by managing to get the readers incredibly invested in not just these characters but the entire town, as well. Of course, this doesn’t mean that the reader likes each and every character. Considering everything that transpires in the novel, that would be impossible. But the reader still gains an in-depth understanding of where these characters are coming from and why they do the things they do. Though much darker than Backman’s previous works, Beartown is undoubtedly his masterpiece.

Beartown tells the story of an isolated town in the middle of a forest in Sweden that is slowly but surely dying. The community of Beartown believes there’s only one way to save their home: If the town’s local hockey club can win this year’s game, tourists will begin flocking to Beartown once more. More tourists will help the residents save their jobs and revitalize the town.

To that end, the hopes and dreams of the entire community rests with Kevin, the team’s golden boy. But when Kevin is accused of raping the teenage daughter of Peter, the hockey team’s manager and is subsequently unable to play, things take a dark and complicated turn. Scenes that bring tears to the eyes intermingle with scenes that make the reader scream in fury or chuckle at a little bit of dark humor. The unfolding events are approached from every perspective; from Maya’s to Kevin’s to Peter’s and many more residents of the town, adding a layer upon layer to this maze of a novel.

In adding to many layers to the book, as well as its characters Backman resorts to a technique that would seem odd in any other book: repetition. Various phrases, sayings, even sounds, such as the ever-powerful Bang-bang-bang-bang, are repeated in the novel. But Backman doesn’t just use repetition for repetition’s sake. By employing this technique at the right moments, he is able to load these phases with new, alternating meanings at every turn. The character that’s speaking at that particular moment or the sequence of events unfolding then and there are what color these phrases, thus creating a looping narrative that continually draws the readers in and makes them feel the full implications of what’s going on. The narrative continually emboldens the heavy, darker tone of the novel which, while not as light as his previous novels (though none of Backman’s works can truly be considered light), still preserves its basic human-ness and even persevering, uplifting spirit.