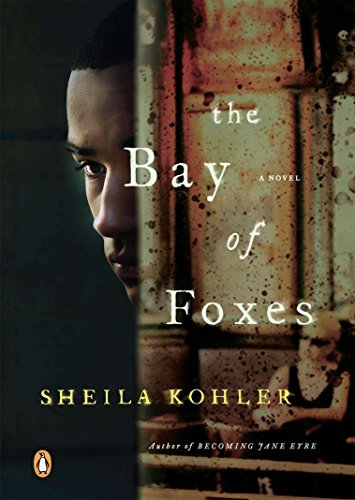 The son of Ethiopian royalty, Dawit grew up well educated and mannered, leading a carefree and privileged life. But, after a regime change, he could only watch in horror as his family and life were torn apart.

Imprisoned, tortured, and starved, Dawit spent endless days chained in a stone cell living in filth and squalor until the day he was given a chance to escape by his childhood friend and lover. Now, unemployed and broke Dawit, an illegal refugee, roams the streets of Paris living off the crumbs and scraps of charity.

It is while lingering over a very cold cup of coffee in a cafe that he sees the famous, and much revered, French author M, that Dawit gets the second chance he so badly desires.

A former colonizer in Somalia, M considers herself a compatriot. Quite taken by Dawit’s youth and beauty, she encourages him to share her table and his life story.

It is perhaps after relating her own story of an early life filled with hunger and prostitution that she sees herself reflected in the humbled, broken, and painfully thin man sitting across from her that she invites him to live with her.

With an overwhelming feeling of gratitude and limitless adoration, Dawit tentatively accepts; but, despite once again being returned to the lap of luxury, it’s not long before he realizes that the line between savior and keeper is a fine one.

Under the care and feeding of M, Dawit begins to gain strength both physically and emotionally, and soon his sense of self is restored. Accompanying M on her travels provides him with a sense of freedom that he hasn’t felt in years; however, what Dawit once viewed as M’s selfless generosity has now become weighted down by her suffocating neediness and underlying expectation of obligation and unwavering loyalty.

Just as it was in prison, his life and wellbeing are once again at the mercy of another; but for Dawit, being invisible and inconsequential is no longer an option—a realization that makes him rather dangerous.

For M, her ability as a writer has provided the fame and fortune she always desired. With her youth gone with the ages, M’s talent and looks are beginning to fade, as is her self-worth—a trait she attempts to recover amid endless bottles of alcohol and a revolving door of young men, on whom she projects the love and adoration she so badly craves.

Sheila Kohler (Becoming Jane Eyre) writes with luscious prose filled with richness, depth, and meaning. Each bite satiates the mind and bears more fruit than would be expected of such succinct and carefully chosen words.

What begins as a beautifully classical tale, bearing a voice reminiscent of Fitzgerald and Hemingway, begins to take on more modern tones giving it a contemporary feel without losing its intended context.

Ms. Kohler’s rendering of M and Dawit are successfully executed. Each has experienced abject poverty and emotional pain, giving them both the drive and motivation to succeed. Her smooth, descriptive style projects flawless imagery that sets the scene with unwavering crispness and provides the perfect accompaniment to a well-structured and balanced plot.

With just the right tempo, Sheila Kohler sets the pace, permitting the story to develop while leaving just enough unsaid to allow the inferences to settle in and provide an opportunity to savor its underlying significance.