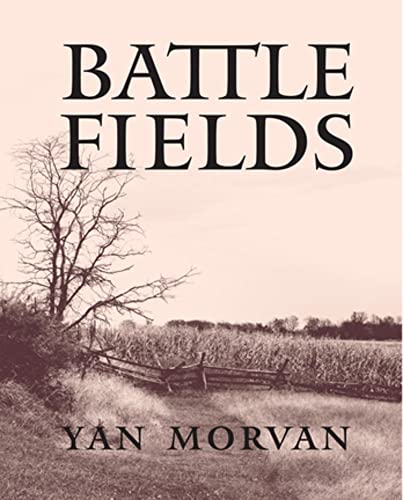 “Engaging, gorgeous, and thought provoking, this massive tome is a truly landmark example of the synergy between military history and the visual arts.”

As a reviewer for this website, it is rare to come across a book that truly measures up to superlatives like awesome, magnificent, or epic. This colossal volume requires all of these descriptions and more. This massive coffee table book (and by massive it weighs at least 10 pounds, who says history is not weighty) contains 405 absolutely incredible images of battlefields from antiquity to modern times.

From a physical point of view, the book seems like an ancient codex, almost begging to be explored with its highly quality pages containing gorgeous photographs that almost turn themselves. The photos are broken up by time period and at the end of each section, the author, an award-winning war correspondent and photo-journalist and his co-author, Adrian Goldsworthy, a noted historian, offer a brief summary of each battle, often quoting the participants at the particular location captured in the photograph. The sheer number of sites chosen and the range of terrain is truly remarkable. From desert tracts to South Pacific islands to lesser known locations like Misrata, Libya and Sarajevo, Bosnia, Morvan has chosen literally every clime and place to showcase the sweep and savagery of human conflict.

Geography and military history are inexorably linked and each photo intentionally gives a soldier’s eye view of the terrain of the battlefield, making the pictures even more fascinating as they fall into one of three categories.

First, many of the battlefields are almost frozen in time, still appearing as they did when they are contested ground. This is especially true of the Pacific Island sites like Guadalcanal, Tarawa, and Peleliu which still contain wrecked planes and vehicles from the bitter World War 2 battles fought there. Many of the pictures from World War 1 battlefields in Northern France still have the scars of the ecological change in landscape caused by the months of shelling at battles like Verdun and the Somme, showing huge shell craters now covered in scrub and grass.

Second are the battlefields that have become memorials. The Normandy invasion beaches and the city of Stalingrad (now Volgograd) contain many landmarks from the battles fought there, preserved as they were during the battle and often turned into living museums. Interestingly, Morvan generally seems to avoid making the book about battleground monuments, allowing the terrain to tell its own story of what the soldiers saw at the time.

Finally, there are battlefields that have been absorbed into the modern landscape of their surroundings, usually in an urban setting. There are some really fascinating examples of these, from the walls of the first siege of Constantinople, to the Milvian Bridge where Constantine became Roman Emperor, to the memorials in the cities of Beirut and Sarajevo. Some of these pictures imply that the assimilation of the battlefield happened organically over time, while other photos almost show a desire to move past or forget prior wars.

The book ends with a very comprehensive bibliography containing some of the best-known histories of each battle, providing a valuable resource for readers wanting to learn more about a particular battle. The only thing that might have added to the book is a set of master maps to place each battle in its proper geographic location. The author’s eclectic choice of battles, especially lesser known battles like the Timurid invasion of China or the Manchu conquest of China may leave some readers wondering exactly where those battles took place.

Engaging, gorgeous, and thought provoking, this massive tome is a truly landmark example of the synergy between military history and the visual arts.