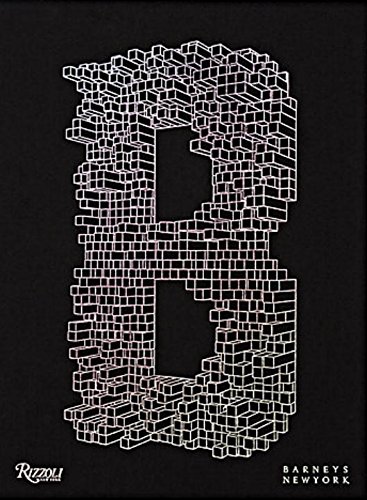 While this book is a visual smorgasbord of all things Barneys, Barneys New York is above all an homage, love letter, visual diary, and celebration of a New York City retail institution that began almost 100 years ago. If you have no interest in the store itself you might be interested in reading about the trajectory and evolution of the establishment, the fashion and retail prescience of Fred Pressman, and the legacy that belongs to him.

If the reader has an interest in what it takes to build an empire on a national platform from a single small retail outlet, then this is a book that must be read as it is definitely about the independent entrepreneurial spirit. Most readers will only relate to the Barneys of the 21st century, but the juggernaut was at its peak way before the massive expansion and the trials and tribulations that have befallen Barneys as a store.

Of course, the Pressmans take center stage, but there is so much devoted to their visual merchandising abilities that Simon Doonan could not possibly be omitted from this telling. Unquestionably it was Doonan’s bravado and the free reign that he was given that contributed to the Barneys’ cachet. Readers will learn about the method and the madness that made Barneys what it is today. Their retail reputation is a standalone on the international stage. Without their vision and their ability and desire to step out from the flock Barneys would just be another “me too” retail emporium.

If there is a criticism to be offered about Barneys New York, it would be that there is no straightforward, chronological order to the photographs and that the copy is slightly short of what one would expect. “Barneys Boys Town” and “select don’t settle” were ubiquitous selling points for the store, yet these memorable catch phrases are given very little ink.

Barneys New York is definitely a must for all devotees and aficionados of all things Barneys. Call it an aspirational book, a trip down memory lane, or just a paean to the Pressman family and the legacy they gave to New York City. Finally, the book is lavishly and extravagantly rendered as to befit the subject.