The Ballad of Laurel Springs 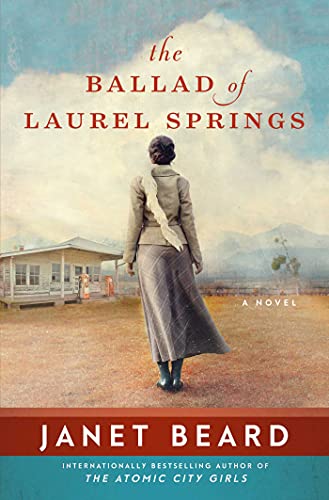 “Beard’s writing brings the premise of each chapter to life, allowing the reader to become the protagonist of the moment, experiencing the situation in which she finds herself.”

When 14-year-old Grace is assigned to write a family story for her language arts class, she asks her Aunt Dee for some ideas, and Dee immediately goes to the family story of Laurel Springs set to a ballad, and the murder of Polly, a long past ancestor.

And from that suggestion the story of many generations of family begins its journey over 120 years of life in the Tennessee hills. From the very onset of the story, author Janet Beard captures life in the Tennessee town of Tates Valley and how it changes over the years, much to the distress of the people who have lived their entire lives there; whose lives and history are entrenched in the very dirt under their feet.

Beard moves the story on the thread of ballads that people have sung during this time; songs that linked them to their history. The song of “Pretty Polly,” a real mountain, blues ballad is the foundation for the story. Whether fact or fiction, the premise of the song is perfect for Beard’s novel.

Each chapter is written in the first person from the perspective of a female of the next generation of family, and each person relates to the song of Polly, the young woman killed by her lover. The story is so old that no one really knows why Polly was killed, but everyone knows that Will killed her before they were to wed.

Each chapter is like a story unto itself, but the ballad thread is always there, pulling the reader through the crisis that arises in the chapter and how it affects the protagonist as well as the people of Tates Valley.

The characters are well developed through visual description, Tennessee dialect, and narrative that entices the reader into each story. Beard’s writing brings the premise of each chapter to life, allowing the reader to become the protagonist of the moment, experiencing the situation in which she finds herself.

In the final chapter the reader is taken back to the very origins of the story with “Pretty Polly” in 1891. It is with the very last chapter that the reader finally learns the truth about Polly’s death—why it happened and how it happened. The family never got it quite right, and this chapter brings the reader full circle.

Among the different crises that Beard brings to each of these women are abuse, abandonment, extramarital affairs, and in general, disrespect for women through the ages. Each situation intrigues the reader to turn to the next page and the next making it hard to put the book down.

Beard has posed interesting situations, tying them together throughout the story on the tenuous threads of ballads borne of a true situation, but with that truth misplaced over the ensuing years, leaving only the ballad.