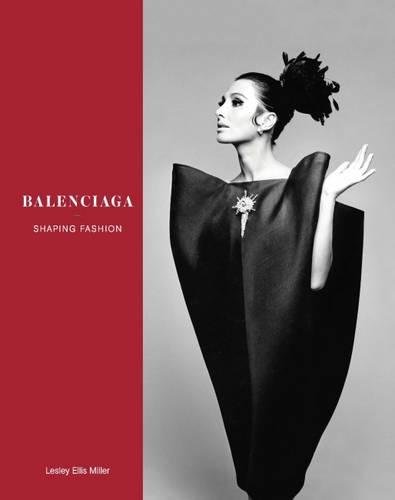 There are few if any who would argue that Cristobal Balenciaga was the epitome of fashion if not the greatest designer who ever lived. Surely he is with few equals and has remained a topical conversation for almost half a century since his death. He is unequivocally one of a rare breed who was a sensation during his life as well as 50 years after his death.

“Haute couture is like an orchestra whose conductor is Balenciaga. We other couturiers are the musicians and we follow the directions he gives.”
—Christian Dior

Balenciaga: Shaping Fashion is a crash course in all things Cristobal Balenciaga but in a highly curatorial way. For the very well fashion educated reader there may not be a lot that is new, but Miller is so all encompassing and thorough that the book is remains a must read. For the less informed reader the book will give them everything they might ever need to know about this consummate creator and designer.

The content proffers everything from techniques to philosophy to history to influences and most of all context. One of the more fascinating tidbits is that many of the pictured pieces offer the provenance of each meaning who owned or donated the pieces and where they remain on exhibit. In addition to that, Miller includes the details of which fabric or embroidery resource was responsible for each garment.

“Balenciaga belongs to no clique, plays nobody’s game but his own, steadfastly refuses to commercialize either himself or his talents, pays little attention to the seasonal changes of styles and pursues a solitary creation of the values which have won him the respect, admiration and patronage of those who know modern fashion intimately and can recognize his unusual genius.”
—Cecil Beaton

Lesley Miller is to be commended for such an exhaustively researched dissection of the man and his oeuvre. Balenciaga: Shaping Fashion is without a doubt the book that everyone should read if they want to know anything and everything about the genius who was named Cristobal Balenciaga. One note of caution here is that if you are expecting a lushly “illustrated” coffee table book then move on. This book is meant to educate and enlighten its reader. Also keep in mind that the book is published in conjunction with the exhibit of the same name that will begin its run at the V&A in May of this year and run through February 2018.