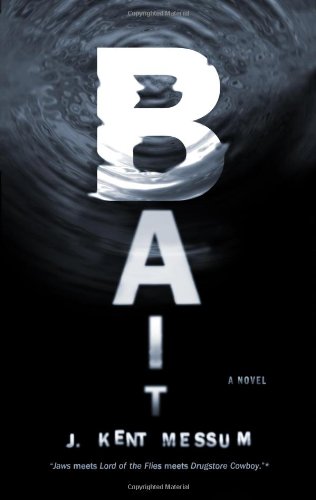 When six strangers awaken on a beach they're not only confused as to how they got there, but why they are there. As Tal, Nash, Felix, Maria, Ginger and Kenny tell the story of their last memory they realize that not only are they united by the common bond of heroin—they were taken by the same people.

After wary introductions and an investigation of their surroundings, the group finds a box containing sandwiches, bottled water, and a note directing them to another island a mile away where a supply of the purest heroin they could ever hope for awaits them. As the group weighs their options in regards to making the journey, they spy a large boat anchored a few hundred yards out with four men on board who seem to be always watching—and only they know the danger that awaits the group just below the surface of the ocean.

Tal, who has been on the island a day longer than the others, begins to detox and, in a psychotic state, runs into the ocean attempting to swim to the only thing that will release him from his pain. After losing sight of him early on, the group awakes the next morning to blood in the water and parts of Tal washing up on shore.

Left with no other choice, the remaining five decide to make the perilous journey to the next island—Kenny becoming the sharks' next meal—leaving four remaining survivors to continue their suicide mission for their next fix, and wondering who will be the next to die.

Bait is similar to the TV mini-series Persons Unknown that featured a group of strangers who awaken in a strange town with unseen observers, no chance for escape, forced to endure dangerous and often violent tests pitting them against themselves and each other.

Using a similar tactic, J. Kent Messum unites six addicts under a common goal: feeding their drug habit. Though they are considered burned out junkies in the eyes of society, faced with their own mortality the addicts prove to have ingenuity and empathy for their fellow man.

Mr. Messum also avoids the usual clichéd concepts. As the easiest plot line solution would be to have the whole concept be the result of a governmental experiment. Instead, the author takes the story line a bit further, creating a civilian-run, high-stakes game of life and death for nothing more than sheer personal entertainment value.

Though the whole story basically takes place in a vacuum, J. Kent Messum does a quality job of keeping the intensity high and the momentum moving full speed ahead. Despite the ending feeling a bit preordained, the reader is kept guessing until then.