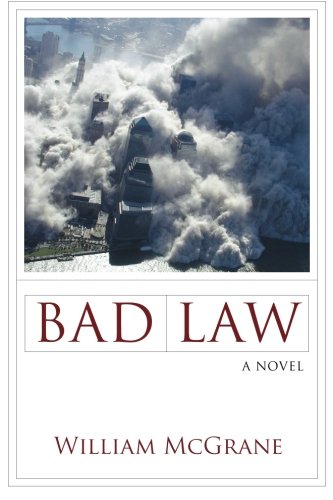 The competing interests of the Big Law game—power, ego, money, competing with sense of partnership, duty to advocate clients’ interests, and pursuit of justice as an officer of the court—are all explored in Bad Law, the riveting insider tell-more-than-they-hoped-anyone-would-ever-find-out tale of Big Law gone bad.

Bad Law is an engaging story that is both true to the reality of Big Law and also disturbing in what is revealed. To understand the significance of this book—and why it merits a wide readership—it is essential to consider the Big Law context in which Bad Law is set.

In the 21st century, the law is increasingly Big Law, meaning that it is dominated by megafirms operating globally and generating annual revenue approaching or exceeding a billion dollars. Too few appreciate that Big Law in the 21st century is an aggressive, entrepreneurial enterprise that more resembles investment banking than a profession dominated by patrician attorneys. Big Law firms provide their equity partners—whose productivity expectations demand such intensive work that the high society lifestyle of their patrician predecessors is unthinkable—with seven-figure annual compensation packages.

Bad Law is fast-paced, wide-ranging, and often amusing. The tensions, maneuvering, and vapidity of the lawyers of a highly regarded Big Law firm trigger events, decisions, and consequences that drive the story. Indeed, the institution of the law firm in contemporary society is a central actor in this drama.

Though the author of Bad Law is listed as Will Nathan, the pseudonym of a savvy, highly regarded San Francisco lawyer, Will Nathan has been revealed to be William McGrane, a recognized Super Lawyer. Mr. McGrane is a defendant’s worst nightmare, accused by them of being a “criminal mastermind,” and regarded by adversaries and admirers alike as one of the most imaginative, aggressive, and tenacious litigators in Northern California. (By way of disclosure, William McGrane has retained me and my firm as a business adviser and expert witness in numerous legal matters.)

The influence of the law has long been a staple of fiction. Crime/mystery fiction necessarily has indirect and implicit—if not direct and explicit—connection with the legal process. Most such stories, however, deal more with the protagonists than their advocates: the lawyers representing them in legal proceedings.

In recent decades, however, lawyers increasingly appear in popular fiction as the protagonists, with the parties to lawsuits relegated to supporting roles. This realignment partly reflects the growing propensity of lawyers to shift their attention from drafting briefs to writing legal fiction. Much of what some lawyers write in their day jobs is pure fiction—although they may presume to hope that it be read as nonfiction.

With more lawyers writing and publishing legal fiction, there is more attention paid to the lawyers’ perspectives, rather than to the perspectives of the victims and perpetrators.

Illustrative of this rapidly expanding legal fiction genre are Scott Turow’s and John Grisham’s novels. While the writings of Turow and Grisham explore the lawyers’ world and, in varying degrees, the inner worlds of the lawyers themselves, law firms as enterprises generally have been less scrutinized.

How context influences the characters, their motives, their strategies, and ultimately their actions, is probed deeply, intricately, and comprehensively in literary fiction, as distinguished from popular fiction, which generally emphasizes plot and action more so than character and context. In literary fiction, the story often may be driven as much by the context, as by the characters. Indeed, in the hands of a great storyteller, the context may be the main character. Context may embrace the times and major events: Don DeLillo featuring the events of 9/11 in his Falling Man; specific institutions: Tom Wolfe setting his Bonfire of the Vanities in the world of high finance; and place: Edith Wharton evocatively employing place themes in much of her fiction.

The prioritization of context is rarely employed in legal fiction. One exception, of course, is Louis Auchincloss, who periodically featured lawyers in his stories. The lawyers of his stories invariably were from the patrician world of wealth and privilege. This high society world was often functionally interchangeable with patrician law firm culture.

Just as members of patrician society were expected to conduct themselves in a certain way, so, too, were patrician lawyers expected to conduct themselves in a certain way. In patrician times, the lawyers enjoyed high stature and a professional lifestyle paralleling that of a gentlemen’s club—in contrast to today’s legal demographics, few women worked in senior roles in law firms, especially in patrician firms. But the patrician society of restraint, manners, and civility—dominated by old money and the wealthy living a life of luxury funded not by their earnings but by inheritance—exists no more.

Today, a Final Four of accounting firms remain, after consolidation reduced the Big Eight. Big Law, by contrast, features a much larger number of major firms, which have grown both organically and also through mergers, takeovers, and liftouts. Big Law partners and lawyers work longer and harder, cope with greater complexity, play for much bigger stakes, and realize much higher compensation than do their accounting firm counterparts.

Bad Law probes what goes on behind the facade of calm, competent control that major law firms presume to convey. The context of Big Law is a world that in just two decades has changed law firms from mostly local/regional to national/global in their place coverage. Long before law firms, the accounting firms were internationalists in their expansion programs. Big Law has more than caught up, racing ahead in terms of business reach, practice complexity, and financial rewards.

Mr. McGrane has acknowledged that the situations, circumstances, and events probed in Bad Law are informed by and adapted from certain real people, real events, and their consequences for real law firms. Over his legal career, he interacted with many firms, courts, people, and circumstances, which collectively and individually inspired the Bad Law story line and characters. Thus, the Broward, Phillips, and Hamburg law firm featured in Bad Law was modeled after troubled Brobeck, Phleger & Harrison.

Just as Shane Sullivan and Turner Smiley in Bad Law are Berkeley Law School classmates, so, too, were Tower Snow and Bill McGrane 1978 Berkeley Law School classmates. Bill McGrane, in fact, started his legal career at Brobeck before creating his own firm, which professional path is similar to Bad Law’s Shane Sullivan starting at Broward, before striking out on his own. Then in 2003, a quarter century after his Brobeck-associate tenure, Mr. McGrane played the key role in pushing Brobeck into bankruptcy. In Bad Law, Shane Sullivan, who early on worked at Broward, does the same to Broward, his former Bad Law employer.

Bad Law is a story about what happens when a dubious, ill-conceived law firm business model meets the subprime mortgage crisis with a dose of Field of Dreams thinking. Mr. Nathan/McGrane writes, “In many cases, what Broward bought with its banker’s money were expensive leaseholds and ever more expensive partners, but not any expanded client base. Build it and they will come, as long as it’s shiny and new—that was TS’s philosophy.”

In real life, the Turner Smiley (TS) of Bad Law was Tower Snow, the Brobeck, Phleger & Harrison chair, whose aggressive expansionist aspirations led to Brobeck’s precarious financial status and ultimate demise, as a result of multiple obligations, including a $49M lease commitment, overwhelming the firm’s revenue capacity. Just as Broward elevated its new partner Turner Smiley to its top position, so, too, had Brobeck designated Tower Snow, rather than a long-serving partner, to lead the firm.

This flawed hire a hero to save the day decision is the very setup that informs and drives the Bad Law story: a troubled firm selects a magnetic leader, distinguished more by his television newscaster good looks than his legal acumen and strategic distinction, and transactional rather than strategically sustainable in his priorities. In making this fated decision, the partners commit one of the classic business mistakes of defaulting to the strategy of the CEO they hire, rather than addressing strategy independent of the hiring decision.

While Big Law is now big business, not all law firms have adjusted and adapted to the implication and consequences of these changes. Many Big Law enterprises are controlled and managed by lawyers who concurrently continue an active client service practice, meaning that disproportionately less senior executive level managerial resources are devoted to strategy, organization, and financial decisions than would generally apply in comparable complex, large scale enterprises. As a consequence, these firms lack the managerial infrastructure to address the challenges posed by massive scale, partners’ fiefdom organizational mentality, and an economic environment characterized by hyperdiscontinuity.

The type of self-confident professional who is unimpressed by the Turner Smileys of the world, character Shane Sullivan is neither awed nor intimidated by Broward. Perhaps he knows too much. Certainly, he exudes the attitude that he can more than hold his own. To this end, he is the type of individual who reads widely beyond the law.

Bad Law examines the real truth of what happens when Big Law goes bad. Mr. Nathan/McGrane in Bad Law is as aggressive in attacking chicanery, malice, and incompetence as is Mr. McGrane himself doing the same in his day job. Indicative of the author’s no holds barred style is that he took out a multimillion-dollar liability policy to protect against any claims that might be brought by those who may not like what they read in Bad Law.

Tower Snow, the prominent attorney acknowledged as the inspiration for the Turner Smiley pilloried in Bad Law, expressed in an interview with a local San Francisco legal publication his disinclination to file a claim, citing his respect for first amendment free speech rights. One retired judge asserted that the Mr. Nathan/McGrane caricature of her judicial misconduct is slanderous, even libelous, but then said that she does not intend to seek redress in a court of law.

Bad Law reflects the author’s less then awed impression of many Big Law lawyers. Bill McGrane has been quoted concerning leadership of Big Law firms saying, “a true insider has never had a creative thought in their life.” Many Bad Law lawyers are innocent of nuance, subtlety, and ingenuity. Even so, the intersection of attorneys’ ethical lapses and misconduct, tensions between their personal agendas and professional duty, and personal greed coupled with incompetence make Bad Law a highly entertaining, albeit sobering, read.