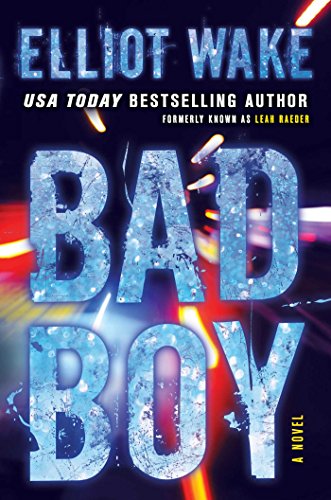 “The story itself is entertaining, a tense and taut mystery with a circuitous plot that intrigues as it mystifies.”

Renard Grant is a minor celebrity, a Vlog star followed on Youtube as he recounts the agony and ecstasy of his transition from one gender to another. He’s personable, handsome, sexy, seemingly assured in his current body, but under this masculine façade still lurk the anxieties and doubts of his former self. As a female, as Sofiya Khoury, she was raped by the man she was dating; as a male, Ren’s part of a secret group called Black Iris, giving women in similar circumstances the justice the law can’t . . . or won’t . . . provide.

All Ren’s deeply buried anxieties burst to the surface when Sofiya’s attacker reappears. His desire for revenge is thwarted by the head of Black Iris. She wants to get the man who urged Adam Halverson to the deed, the man calling himself Crito, who’s declared open season on women in general.

While Ren tries to determine why Black Iris is keeping him from his own vengeance, a woman with whom he had a brief encounter goes viral with a video accusing him of rape. Then he discovers Black Iris has a connection to Adam. His own organization is working with his former attacker . . . but why?

Now the man defending women, the one knowing the degradation and fear of such an act finds himself again a victim, this time of being the perpetrator of a crime he’d never commit.

Deserted by Black Iris, questioning the dubious help of the woman with whom he believes he’s in love, shunned by his so-called fans, Ren is on his own. It’s in that moment he realizes that when a man is betrayed by even his best friend, the only one he can turn to is himself . . . but can he prove his innocence without help?

This is a very thought-provoking novel. As Leah Raeder, the author penned the three previous novels in this series. Now as Eliot Wake, he brings the story full circle to its completion . . . or perhaps not. Can there be another episode in Renard Grant’s life waiting to be chronicled? If not, its ending is a pleasing one.

There’s much information in this story concerning the transition of a person from one gender to another, revealing it isn’t simply a matter of surgery and one awakening with a body that’s acceptable. In fact, after reading it, one may only marvel at the bravery, both psychological, and physical, inherent in taking such a step.

Ren’s thoughts as well as his struggles are faithfully recorded, both in the narrative as well as the transcripts of his vlogs, and there’s little doubt some of it can only be autobiographical, as the “Acknowledgement,” a letter to Leah, attests. The story itself is entertaining, a tense and taut mystery with a circuitous plot that intrigues as it mystifies. The reader will hope for Ren’s triumph while he dreads the violent confrontations. Likewise, he will be perhaps shocked, hopefully empathetic, as he learns what Ren goes through daily in order to maintain his long hoped for masculinity.

The one adverse feature of this story is the very negative attitude held toward all men. Apparently in Ren’s world, being masculine means being a creature with an inborn penchant of rapine violence toward women.  Since he’s now one of those creatures, with an understanding of how the other side feels, this gives him a decided edge in his fight against this injustice.

It’s also a sad commentary on our society when one gender sees another as prey and is likewise regarded as the enemy.

All in all, Eliot Wake has written a novel that should give anyone, even those disdainful of the transgendered, pause for thought. Perhaps, while it entertains, Bad Boy will also create a modicum of understanding and a healthy dose of enlightenment.