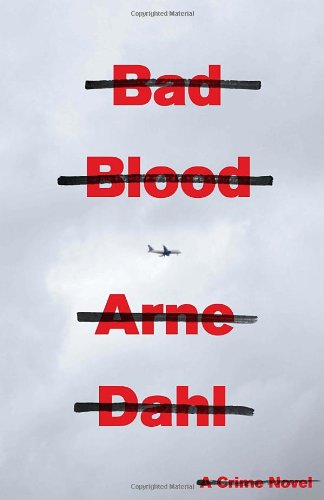 “. . . a deeper issue lingers, making one question where the exact dichotomy between ‘good and evil’ begins and ends.”

Bad Blood is a crime thriller set in Sweden.

The story takes place in September 1998 and begins with the torture and murder of an unknown male. The reader sees the victim’s life flash before his eyes in the graphic description of his final few moments. A tantalizing hook, the sequence raising the immediate question of why this is happening.

At police HQ in Stockholm, a small group of police officers have formed the covert A-team, intent on solving what has been dubbed “The Power Murders.” A serial killer is eliminating the elites of Swedish business and industry. Then a new case comes in and they learn a Swedish citizen has been murdered in the U.S.

The body of well-known Swedish literary critic Lars-Erik Hassel has been discovered inside a janitor’s closet at Newark International Airport. According to information received from the FBI, the killer canceled the victim’s plane ticket, rebooked the seat moments later under his own name, and then boarded the plane in New York. None of the flight crew has been made aware of the killer’s identity aboard the plane currently heading for Sweden.

The A-team heads for the airport, determined to catch the killer, but he eludes them somewhere between the gate and the heavily guarded customs area.

With detectives Paul Hjelm and Kirstin Holm leading the investigation, the team
finds clues to suggest more than one killer. Part of the team heads to the United States to learn more about a suspect, while others follow the trail in Sweden. They uncover shocking details about the specific methods of torture used in the murders—the same MO used by a serial killer long since presumed dead.

Bad Blood is told from several different viewpoints, adding a bit of confusion in places, as it is not always clear which character is talking. In some areas of the book, most notably during a scene where a number of people arrive to identify a body, the author has a tendency to digress. This slows the pace and makes the thread more challenging to follow. Yet allowing the reader to view the story from different angles heightens the suspense, even more so when several plausible suspects emerge.

The tension continues to build as the mystery unfolds, and the team gets closer to uncovering the truth about the killer. As they learn more about the methods of torture used on the victims, the A-Team is forced to consider the involvement of top-level politicians, the possible bribery of officials, and an immersed military counter intelligence agent.

The plot is complex, with an undercurrent of forgiveness. The threads come together to form a satisfying conclusion. Without giving anything away, the plot raises many questions, most of which the author answers.

But a deeper issue lingers, making one question where the exact dichotomy between “good and evil” begins and ends.

Bad Blood is complicated in places and not always easy to follow, possibly due in part to the English translation from the author’s native Swedish. To employ part of a quote from the author, this book is a complicated read, “tricky, but once you get into it, you understand.”