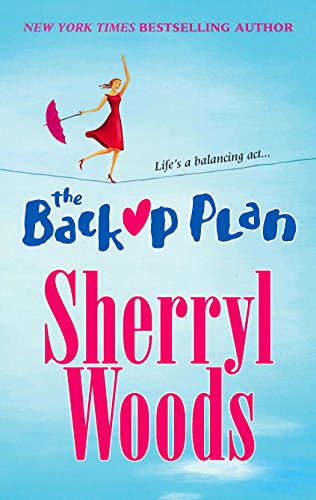 International war correspondent Dinah Davis faces many horrors in her career, but when she comes face to face with a terrifyingly tragic event, she finds herself overwhelmed. Besieged with post-traumatic stress, she finds that every little noise or movement undermines her judgment, which then affects her work. Her boss suggests she take a leave of absence or transfer to a safer assignment, but her pride takes over. So she quits the job she loves and runs home to the Low Country of South Carolina.

Dinah remembers a “backup plan” she made with teenage sweetheart, Bobby Beaufort. Ten years prior, Dinah broke Bobby’s heart by not committing to him, insisting upon her need to make her mark in her profession. Loving her unconditionally, Bobby promises to wait for her, hoping she will decide to return home and marry him. After Dinah’s horrendous experiences get the better of her, she soon realizes it would be best for her to play it safe, go back home, marry Bobby, and raise a family.

Back in the security of her parents’ home, Dinah sets about to find Bobby, but his older brother Cordell thwarts her plans. Dinah considers Cord the bane of her existence after the lies he told Bobby about her long ago. His interfering long ago caused a huge rift between the sweethearts, and Dinah vowed she would never forgive him. In addition, she always considered Cord a lazy ne’er do well and womanizer. Dinah, confronting Cord after so many years, finds the man still sets her blood boiling, but she admits her blood also boils with lust—something she would never admit to herself, let alone him.

Dinah learns Cord is going to every length to keep Dinah and Bobby apart and bemoans his actions to her best friend, Maggie. Maggie, in turn constantly informs her that she and Bobby are not right for each other. Dinah feels Maggie is withholding information about Bobby, but her friend will not divulge a thing.

Fruitless attempts to locate Bobby force Dinah to head to Cord’s homestead against her better judgment. While there, a storm hits, propelling her into a horrendous panic attack. Cord, always considering Dinah a spoiled, rich, society girl suddenly sees this cool and collected reporter is in trouble—and his heart reacts to her vulnerability.

This stereotypical romance is a fun and easy read, though several incongruities appear throughout. The fact that Dinah maintained no contact with either Maggie or Bobby for more than ten years makes it seem implausible that Dinah still considers Maggie her “best friend.” As well, her conviction that Bobby still pines for her after a decade is implausible, rendered even more so with the previously mentioned glitch.

The backstories and character development of Dinah’s parents and her well-loved and trusted housekeeper, Maybelle, are touching, though the plot appears somewhat slow and repetitive in areas.

A reissue from five years ago, The Backup Plan is still worth the read despite these few small issues. Suspension of disbelief works well here; after all, it is a romance. . . .