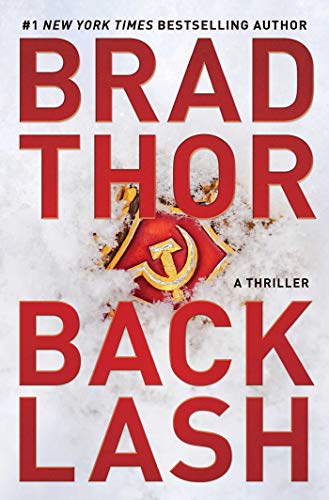 What is the cost of vengeance? How far is someone willing to go to both survive and seek revenge? These are weighty questions in Brad Thor’s new Scot Harvath thriller, one of his best.

When Mr. Thor’s last novel Spy Master concluded, he used one of his time-tested techniques, the cliff hanger ending, to both entice and infuriate his readers to wait impatiently for this book to release. When it begins, the reader is immediately pulled in with a high g-force that keeps them guessing for several chapters about exactly what happened in the cabin at the end of Spy Master.

Even though the reader can quickly conclude that our protagonist was the only survivor of a well planned and executed attack to capture him while leaving behind a score of bodies, it is still disconcerting to hear about the heartless actions of the villainous crew that was overconfident enough to think they could keep the former Navy SEAL turned covert operative captive. When a plane crash in the wilderness of Russia begins this new book, it is almost certain to be a wild ride, and Thor does not disappoint.

Once the action begins, the plot maintains a relentless pace that truly gives this book the label of a page turner. Written in short, action packed chapters, the story moves along at an alarming pace, with sufficient twists and turns to keep the reader wondering if our hero will not only survive, but wreak the vengeance he so desperately desires on those responsible for the deaths of so many people close to him.

Along the way, you can see the anger and rage building as Scot Harvath has to use all of his skills to evade recapture from a determined band of Russian mercenaries. As he is able to overcome more than a few ambushes and firefights, the desire to not only survive but play psychological games with his pursuers reveals a very dark side of his character not seen in previous novels.

Yet Thor also shows the inner emotional conflict of his character wrestling with the demons of guilt and regret as he must deal with the loss of his second chance at a romantic relationship. All of this is handled in a manner that really makes the reader understand how a person could essentially snap and become a relentless killing machine, which is what happens through nearly all the book.

As the tension builds, the reader is truly left guessing until the last minute how Scot Harvath is going to get out of Russia and what kind of revenge he will inflict on his enemies.

These last two novels by Thor epitomize what espionage thrillers are all about and they definitely show he has lost none of his skill at making his major character a rugged yet vulnerable hero who is forced to deal with the cost of his lifestyle as a covert operative. The question is-now that his mentor is gone, where does Scot Harvath go from here? And has he truly conquered his internal struggle with right and wrong, or life and death? Fans will no doubt have to wait another year to find out.