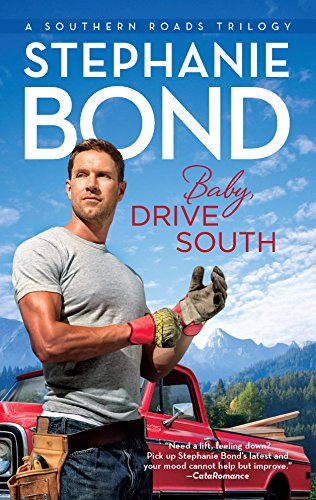 With the focus in romance so heavily on the clawed and fanged, it’s lovely to be reminded just how enjoyable a straight contemporary romance is.

The town of Sweetness, Georgia, was swept off the landscape when a tornado came storming through. With an already struggling economy and insufficient funds from State Disaster Relief, it’s looking likely that it’ll be swept off the map as well.

Enter the Armstrong brothers, back from their tours of duty and eager to rebuild their home. Along with an army of local men and friends from the forces plus a grant for the government, they’re on track to meet their deadlines—until the men rebel. Four hours from the nearest city, Sweetness may be a dream in progress, but it’s not a whole lot of fun. They want women.

So an ad is judiciously placed in a northern town suffering the same poor economy that Sweetness once faced, asking for 100 women with a pioneering spirit to join the efforts. Duly, 100 women answer and arrive in Sweetness. Included in their number is Nikki, a doctor escaping a town where everyone knows about her ex-fiancé, his cheating ways, and her humiliation.

Having been cuckolded by a stripper, Nikki has decided to just accept the fact that she’s not a woman men fall for, and to throw herself into her career; however, that doesn’t mean the wound isn’t still open and gaping, so when Porter implies within minutes of her arrival what Nikki has only just accepted, she decides enough is enough. She may not go back to her hometown, but she doesn’t have to stay here, where the men may be attractive, but they are also clearly jerks. If only her van would start.

It must be noted that Baby Drive South has a lot of recycled plot lines, but Stephanie Bond’s mature style and strong writing ensures she has constant control, and one of those plot lines in particular works very well.

The attractive-but-doesn’t-know-it heroine is practically a schtick in romance, so often does she appear; yet when handled correctly, she can also be very powerful. Nikki has always thought of herself as smart-not-sexy, and her ex-fiance’s choice of extracurricular activities has only cemented her low self-worth. Her background adds depth to the conflict set-up between her and Porter in a very real way: His throwaway comment hits her exactly where it will cause the most damage, but leaves him confused as to what has actually happened between them. Watching Nikki rediscover her emotional self (just a warning—there is the seemingly obligatory makeover) is almost as enjoyable as watching Porter move beyond his womanizing ways.

Readers will also be familiar with some of the other plotlines, including a gentle feminist push, when Nikki faces resistance to her clinic from men who would prefer being treated by one of the boys (regardless of a lack of medical training).

But for all that seems revisited, there is enough to keep the story fresh. The modern pioneer plot adds an enjoyable duck-out-of-water layer, as do the complications in mixing northern women and southern men. The underlying message about green energy and recycling is also a lovely, contemporary angle that does not stray into preaching.

What works best, however, in Baby Drive South is the humor. Ms. Bond has a subtle touch, and the humor is pervasive, rather than stemming from over-the-top situations or contrived circumstances. Readers will find themselves smiling, without being able to pinpoint exactly why, and this delight colors the entire reading experience.

Also to be celebrated are the remaining two brothers, each of whom will have a story of their own (observant readers should be able to pick out the pairings already).

A comfortable blend of the familiar and the fresh, Baby Drive South won’t win points for originality, but it’s a perfectly lovely way to spend an afternoon.