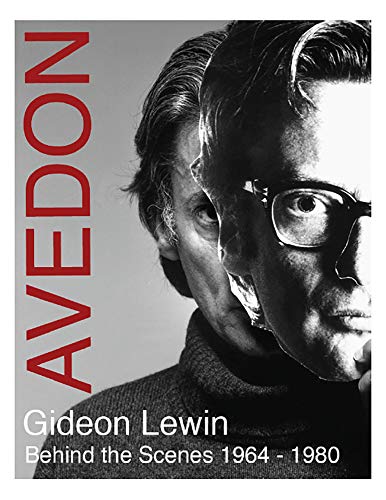 This monograph is not a glossy coffee table chronicle of the works of Richard Avedon’s oeuvre of this period. While it is unquestionably visually grounded, the real impact of Avedon: Behind the Scenes is the story of an assistant who became one of the most trusted and capable (creatively and technically) people within the world of Richard Avedon.

Lewin relates his working relationship with this legend of 20th century photography and how it came to pass that he and Avedon became “attached at the hip,” so to speak. You must read the book to understand the images and to fully grasp that this relationship was rooted in total trust due to the great instincts and talents that Lewin possessed and that rightfully earned him his position in the hierarchy within Avedon’s sphere

Avedon: Behind the Scenes is filled with images that have rarely if ever been shared. Within each of the images there is a story and an explanation of provenance. This reader was reminded of the glory days of printed media that include both Avedon and Lewin of course but also some of the greatest models of the era in combination with the creatives who are never seen in front of the camera but who create the magic for every image. Lewin lays it out in terms of prep for every shot and exhibition as well as revealing the stark difference between then and now in terms of photography.

At times there is some text that might seem a bit technical, but that is quickly overlooked when you realize that these were the days of film! There were no computer-generated programs or advanced methods for rendering a perfect image nor for producing an image the size of a movie screen. Photography and all its contiguous elements was an art form inhabited by only the most talented, especially when it came to being considered one of Avedon’s inner circle.

This reader highly recommends Lewin’s telling as it is about so much more than just Avedon’s photography. The author relates a timespan when brilliance reigned and creativity and talent were peaking due to the cast of characters, named and unnamed, who made up this ephemeral, fantastical, and yet technical world of fashion photography as well as the mindset of one of the greatest photographers of the 20th century.