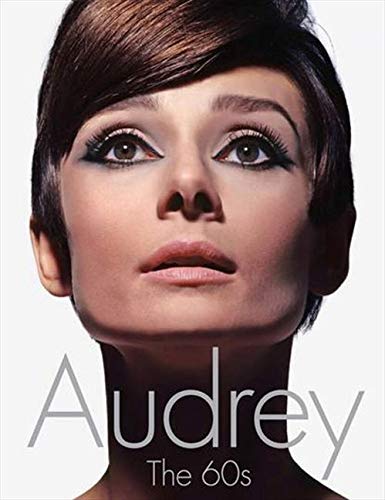 Do not be deceived by the title of this book and think it only offers up a a sliver in the life of this icon. Audrey: The 60’s is one of the most astonishingly beautiful and complete photographic memoirs this reviewer has ever had the pleasure of reviewing.

It is an excruciatingly beautiful love letter to Audrey Hepburn.

Audrey Hepburn has remained one of the Hollywood’s most enduring legends as well one of the greatest and most timeless fashion and style icons that has ever graced this planet.

Ms. Hepburn reminds the reader that there is no substitute for talent, innate style, and graciousness. She was modest by all accounts, filled with life and humor, and respectful of all those around her, no matter how lowly. But one of the most endearing qualities is that she never took herself too seriously or believed her own press. When is the last time you read the likes of that about any of the current crop of movie stars?

Mr. Wills has assembled remembrances of her from her costars, colleagues, family, and some of the greatest photographers of the 20th century. Of course, this testament to her stardom and demeanor would not be compete without the words of Hubert Givenchy, her designer of choice on and off screen and her dear friend and confidant.

The format is somewhat like the photo biography of Isabella Blow by Martina Rink with the exception that the adulation reflected here does not disguise itself in any way as a eulogy of her life.

“I am, and forever will be, devastated by the gift of Audrey Hepburn before my camera. I cannot lift her to greater heights. She is already there. I can only record. I cannot interpret her. There is no going further than who she is. She has achieved in herself her ultimate portrait.”
—Richard Avedon

The above quote by one of the greatest photographers of any century sums up what you receive in this book as every image is all about Audrey Hepburn and the fact that no matter the circumstance of the photo, one sees the person, the being, the humanity that inhabits each still and not all that surrounds her.

Mr. Wills segments the book by the films she made during this brief time period as well as adding the editorials in which she appeared. Again do not think that you will be shortchanged as there are boatloads of the most iconic and legendary photographs that will live on in our minds for years to come. By doing so, the book appeals to such a diverse audience whether the reader is a film buff, an Audrey-phile, a fashionista, or an arbiter of good taste and style.