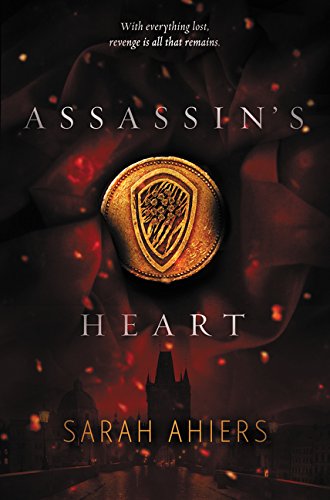 In this high fantasy, seventeen-year-old Oleander “Lea” Saldana is a “clipper,” a trained assassin, and her favorite method is poison. Lea belongs to one of the most powerful families in the kingdom of Lovero, and murder is a method of worshipping Safraella, the goddess of death and resurrection.

There are nine clipper families; the second most powerful family is the Da Via. Lea is in love with Valentino “Val” Da Via, but her parents have other marriage plans for her among the prosperous, and being with Val is a risk to her life and her family.

The families all kill for a price, they are feared and respected by the common folk, and they never trust each other. One day Lea’s family is murdered by Val’s; she wakes up to a house full of smoke. As the only Saldana survivor, Lea is overcome with guilt, betrayal, and anger, and this turns the narrative into a story of revenge.

Lea visits the king. He refuses to help her plan vengeance but he tells her where she can find her uncle, a family traitor. Lea initially refuses to search for him, thinking the king suggests selling out a family member, which she would never do because “family is family,” a repeated phrase that readers will tire of in Assassin’s Heart, but eventually she rides across the plain of ghosts to seek Marcello Saldana, her uncle, because he knows the secret of how to find the Da Via’s family home.

Author Ahiers relies heavily on Italianesque and Venice-like details to create the fantasy world of an indeterminate time period. There are some naming/word quirks: calling assassins “clippers” is a pointless attempt at uniqueness; at one point someone refers to the soldiers or guards that keep order “lawmen,” which sounds very western and is as out of place and bothersome as Lea’s horse being called “Butters” in this Italianate world. Another unfortunate issue with the writing style is the repetition: Lea is constantly reminding readers of her mission in the book, as if readers would have had a chance to forget.

The romance between Val and Lea is believable: after the death of her family at the hands of her former lover’s mother, she is bereft, but after only two weeks she meets another young man and suddenly she knows what true love is. This motif in young adult literature is the worst of its kind, at best it suggests young people will fall in and out of lust or what is condescendingly (at times) called “puppy love,” and at worst it suggests that true love strikes out of the blue, and each and every single time it really truly is different and must absolutely be true love.

This reads like a would-be young adult version of Jacqueline Carey’s more adept Kushiel series. There is no sex, a watered down attempt at world creation, and very weak character building.

Lea may come across as a strong female lead, after all, she is an assassin, but she falls in and out of love easily and relies on men for everything. In the first few pages if Val hadn’t been with her, she would have died from poisoning if he hadn’t reached her antidote bottle so quickly; without the king she doesn’t have permission to attack the Da Via’s, she also wouldn’t know where her Uncle Marcello was. Without her newfound love interest she wouldn’t have help in discovering her path, and so on. Interestingly, Lea, and everyone else who is an assassin, has absolutely no psychological growth—they simply are killers, and it’s made out to be a glamorous job; in fact, they are seen as angels of death. Feminists will not like Assassin’s Heart.